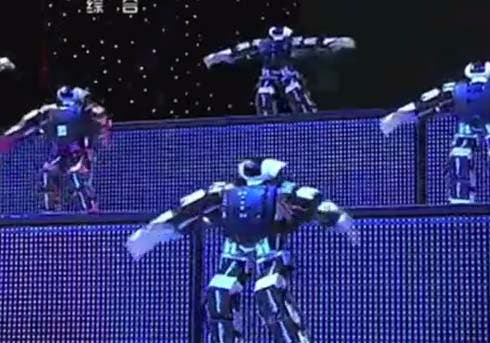 Happy Chinese New Year of the Dragon! Like many celebrating the Chinese New Year last night, I ate till I could no longer eat, and watched the ‘Traditonal’ Big Show. This year they had a pretty cool digital stage, upon which a group of dancing robots performed in unison!The digital stage was really very cool, being able to raise and lower in sections to create new sets with digital graphics. One of the most impressive uses was the interactive great wall which literally sprang from the ground!

Another cool tech piece of entertainment were these robot dancers, which performed a very elaborate dance in unison for millions of Chinese viewers.

We don’t know anything about these robots, and where they came from, but we have the video of them dancing for the Chinese Dragon Year Celebration below!