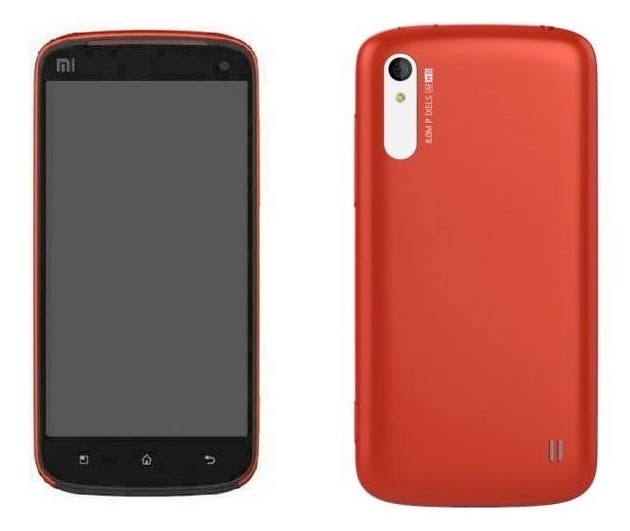 The second generation Xiaomi Android phone, which may of may not be named the Xiaomi MI2, apparently hit the Chinese patent offices last September, but images of the new phone have only just made it on to the web.

Overall the design of the new Xiaomi Android phone is very similar to that of the current Xiaomi MI dual core phone, but features slightly rounder corners and a revised camera position.

If the image above is to be believed the new Xiaomi phone will feature an 8 mega-pixel rear camera, just as the current model does, but will also feature a front facing video chat camera.

Nothing else is know of the new Xiaomi phone, but some rumors have suggested a 2.5 GHZ CPU with 2GB RAM!