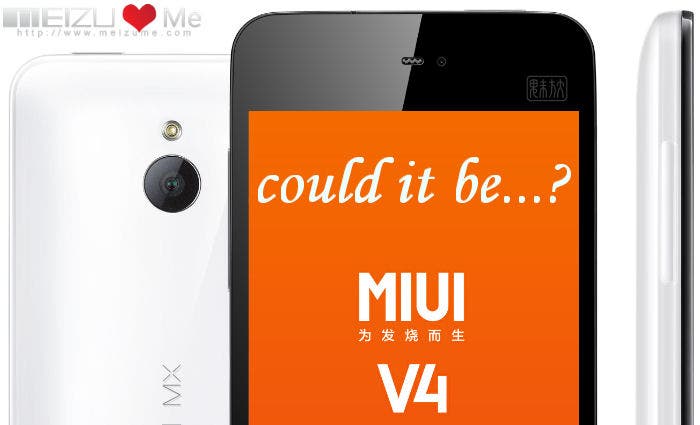 The Meizu MX is a fantastic phone and we truly enjoyed our hands one with it earlier this year, but if the previous Meizu M9 Android phone is anything to go buy MX users are likely bugged with dodgy firmware! Well now there’s another option.

It’s as it Jack Wong’s worst nightmare has finally come true, as the pluck Chinese start-up Xiaomi have turned their attention towards the Meizu MX and are working on a version of their open source MIUI for the rival smartphone.

Xiaomi have been recently hitting headlines with their Android smartphone the M1 which has sold very well and is likely to see a super powered update later this year.

News that Meizu’s main rival in China is now working on an alternative OS for customers to freely download is likely to have CEO Jack Wong a little worried, however in true JW style the Meizu CEO has lashed out at Xiaomi’s founder:

I am not afraid of him, but I am simply sick of him. He used to pretend to be interested in investing in Meizu and approached me through his guanxi with leaders of the High Tech Zone. He got me to tell him all about how Meizu was running — from phone design, production, supply chain, marketing and even financial operation. He totally got me with his “sincerity.” So do not talk about them, leave me alone, please!