As one commenter put it “The Jiayu G3 has been a soap opera”. We have suffered delays, certification problems and now quality control problems! It’s become so much that many would be buyer are deciding to jump ship and buy something else, but which phones offer similar specification for relatively low-cost? Keep reading for 4 JiaYu G3 alternatives!

In my opinion JiaYu only really made one mistake with their G3 and that was the timing of their initial ‘leaks’. If they had postponed all their hype by about 3 months then we would all still be excited about this (still) awesome 4.5 inch Android phone with dual-core CPU! But they didn’t and with the ongoing saga many of you are looking for JiaYu G3 alternatives, well here are 3 you can check out. 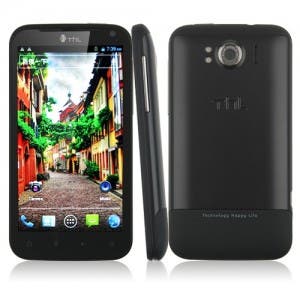 The THL W3 has been on the market for a while and has always had an impressive specification, however with the introduction of the THL W3+ with dual-core MT6577 cpu we now have a suitable JiaYu G3 alternative!

To become a true JiaYu G3 alternative is no easy feat as JiaYu have managed to make a phone which has pushed the performance and price bar to the next level, thankfully the THL W3+ matches the infamous G3 in most respects while also already being widely available online!

After reading the specs on the THL W3+ you might be wondering what the point in waiting for the G3 is, well the W3+ has a battery of only 2000mAh while the G3 has a 2750mAh, then there is the price tag! The JiaYu G3 can be bought for about $180 online (international customers) while the THL W3+ is closer to $240! 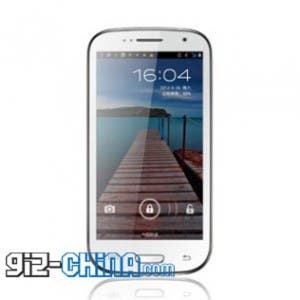 The Bluebo L100 actually out performs and out screens the JiaYu G3, plus it looks like a Samsung Galaxy S3 clone, but make sure you opt for the Bluebo L100 HD model and not the lower spec FW version.

The Bluebo L100 HD features a MTK MT6577 1.2GHz processor with a PowerVR SGX531 GPU, 1GB RAM, 5 mega-pixel rear camera and 1.3 mega-pixel front video chat camera. The lower cost FW model gets only 512mb RAM and a 480 x 854 resolution screen. Both look absolutely fantastic and could pass for a Samsung Galaxy S3 for all but the most savvy users.

Basically it’s only the price and the design which would keep you from choosing the JiaYu G3 over the Bluebo L100. The Bluebo costs around $220 in HD form and not everyone wants a larger 4.7 inch phone in their pockets.
More Bluebo L100 details here 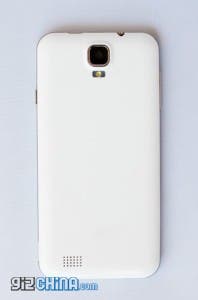 Not only does the Sundance Kid boast one of the more imaginative names from a Chinese phone brand but it also offers great value for money and solid hardware, oh and the battery is huge!

We’re back in 4.5 inch screen territory with the Sundance Kid and like the phones above this rather attractive Chinese phones has a resolution of 1280 x 720 plus the display is apparently from Japanese manufacturer Sharp, so we’re on par with the JiaYu G3 already! MediaTek are responsible for the MT6577 dual-core CPU and there is 1GB RAM on board too!

While the JiaYu G3 only offers 4GB of onboard storage the Sundance Kid supplies 8GB along with room for an SD card. Cameras are also on par with the JiaYu with the rear being an 8 mega-pixel model while the front is a 2 mega-pixel model.

Then there is the battery which is claimed to be a 3000mAh unit!

Again it is down to the style of the phone and the price, but then there is also the face the Sundance Kid has yet to be released and seems a little ‘to good to be true’.
More Sundance Kid details here 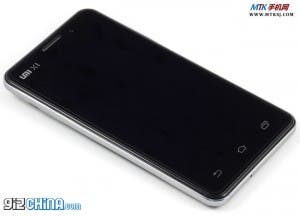 The UMi X1 is basically a thinner (more attractive?) JiaYu G3. It has the same screen, dual-core CPU and cameras but the body is much thinner, and it’s on sale tomorrow!

Well the battery on the UMi X1 is only a 1750mAh unit while the G3 has 2750mAh then there is the price which is currently $173 in China (possibly even more for international buyers). Then there is the design, I personally prefer the look of the Umi X1 which looks like a more slimmed down and aggressive Xiaomi M1S while others prefer the more angular JiaYu G3.

As you can see from the selection above there are plenty of phones which can match the JiaYu G3 and even surpass the hardware, but they all cost at least $20 more before shipping!

If you can find one of the above phones at a JiaYu G3 price snap it up now! If not and price is an important factor it might be worth waiting for a little longer for JiaYu to sort the G3 quality problems.

What do you guy’s think? have you bought any of the above phones? do you have any other JiaYu G3 alternative suggestions?

Next This HTC One X clone is a possible JiaYu G3 alternative!