Curved displays on phone are quite common with larger brand phones, but are still a novelty for Chinese manufacturers with the Hike Pandora and Phantom phones being the first to offer the feature!

Hike are a new brand to Gizchina, but the company has already made a good first impression with its Pandora and Phantom Android phones!

From the leaked photos we can see that the Phantom T1 comes with a 4,7 inch HD 1280 x 720 display and we have learned the phone will be powered by a dual-core 1.2Ghz MT6577 CPU with 1GB RAM. A 5 mega-pixel rear camera seems like a cost cutting measure to allow for the curved screen and it’s a shame the Phantom gets Android ICS instead of JB. 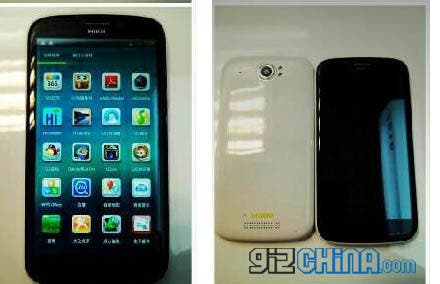 The Hike Pandora get’s a larger 5.3 inch 960 x 540 display and the same hardware as the Phantom but with the addition of a 2250mAh battery.

Both phones get 16GB of built-in memory with no room for an SD card, which will be a deal breaker for some buyers. Both phones run Android 4.0 with Hike’s own HUI, which features a number of gesture based controls and ‘Hi image’ photo enhancement.

No details on pricing or availability, but don’t expect to wait to long until they hit the market.