JiaYu have a lot to make up for after the terrible launch of the G3, and it looks like they are placing all their bet on the new MT6589 quad-core JiaYu G4! Leaked photos, specification and pricing here!

With Christmas over and done with and the New Year fast approaching, Chinese phone fans can start to get excited over the new wave of quad-core MT6589 phones on the way and the JiaYu G4 looks set to be one of the first on the market!

As you can see from these leaked photos of the JiaYu G4, the design follows very closely to the leaked designs we reported on a few weeks ago. I personally feel the design of the JiaYu G4 is much nicer than the current G3, but know a lot of you guys aren’t so enthusiastic about it.

Compared to the G3 the JiaYu G4 is a very similar size but has a thinner profile and much rounder corners. The rear is also appears to be have a slight arch to it, and the rear camera has been moved from the centre to the top left hand corner.

Along with the photos came further confirmation that JiaYu will be offering 2 versions of the G4. A 10mm thick model will get a 3000mAh battery, where as a thinner 8.2mm version will have a smaller 1800mAh battery.

Other than the battery size the two G4 phones will receive the same 4.7-inch OGS HD screen, quad-core MT6589 CPU and are expected to go on sale for the same 999 Yuan ($160) as the dual-core G3 went on the market for! 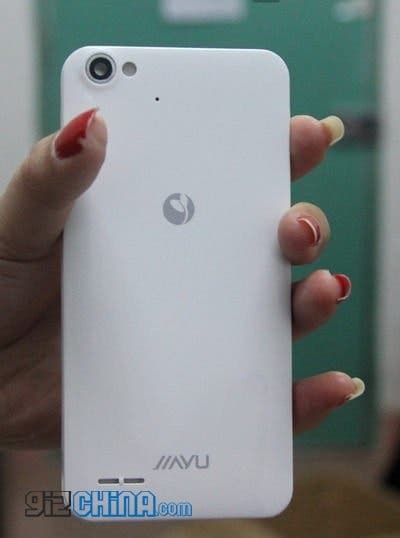 We are still waiting on confirmation that the JiaYu G4 will receive 2GB RAM and feature a 13 mega-pixel rear camera.

I also wonder if JiaYu will release a JiaYu G5 5-inch phone this year too so they can compete with larger phones from the likes of Oppo, ZTE and Umi?