Konka might have been inspired from Nokia when designing their brand logo, but this Chinese manufacturer is an electronics giant manufacturing TV’s, DVD players, white goods and now they plan to go global with the Konka W970 dual-core ‘Colours phone’.

Konka created the ‘Colours’ series of phones last year, with the aim to offer customers high-quality displays along top-notch photo sensors and image capture software. The Konka W970 is the second flagship model and continues with the same ideals by offering a 4.5-inch 960 x 540 “platinum crystal screen display” and Konka’s own “I-SPORT Sports HD imaging technology”.

According to Konka’s marketing team the “I-SPORT Sports HD imaging technology” can identify what is being frames on-screen and dynamically adjust screen brightness to allow for better viewing, while also adjust various effects focus ETC with the minium of power usage! Great news if you’re the type to use your phone as a camera first and phone second.

As for the image capturing hardware, an 8 mega-pixel sensor acts as the main camera while a 2 mega-pixel front camera manages ‘duck-face’ self-portrait duties. 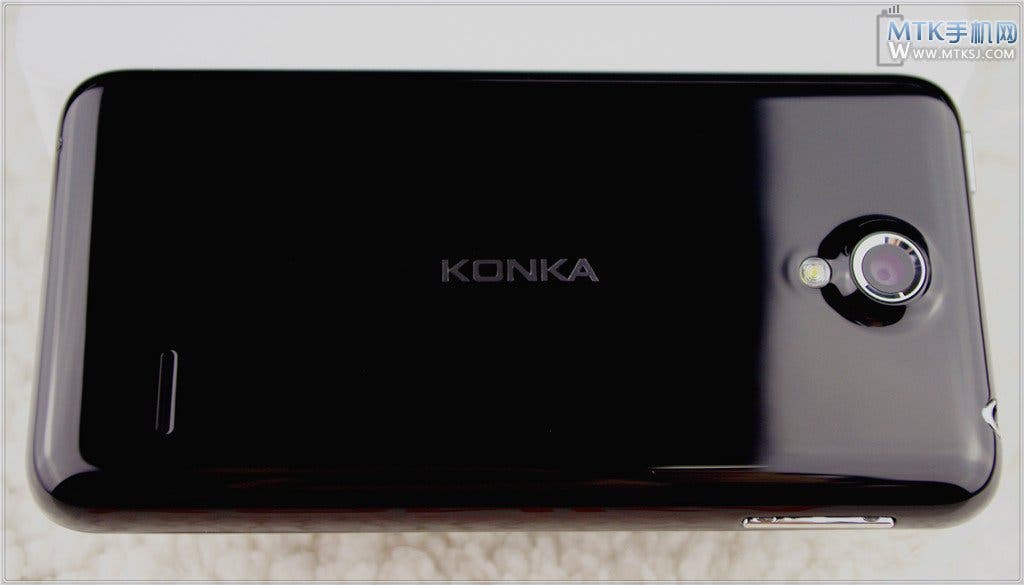 Processing power comes from a dual-core MT6577 CPU with 512mb RAM (which is a huge let down) and the unknown Android version (probably 4.0 ICS) receives Konka’s MUSE UI, which looks strikingly similar to Xiaomi’s MIUI.

Pricing in China is 1599 Yuan ($256) and while Konka have announced the W970 as their first international launch there has been no news on an official release date, price or availability.