Earlier today we posted an image of what we said was the first real look at the face of the UMi X2, some of you weren’t convinced it is real, but there is no denying that these photos are of the real phone.

These photos show and engineering prototype of the UMi X2 and give us our first official look at how the new UMi phone is going to look. Personally I’m pleasantly surprised with the design and see that the overall look is a lot less Samsung inspired than some of the earlier renderings would have had us believe.

True to the rumours the X2 has an extremely narrow bezel along each edge of the 5-inch, 1080, Gorilla Glass display. We can also see that UMi are sticking to the more traditional capacitive navigation buttons rather than the on-screen variety. 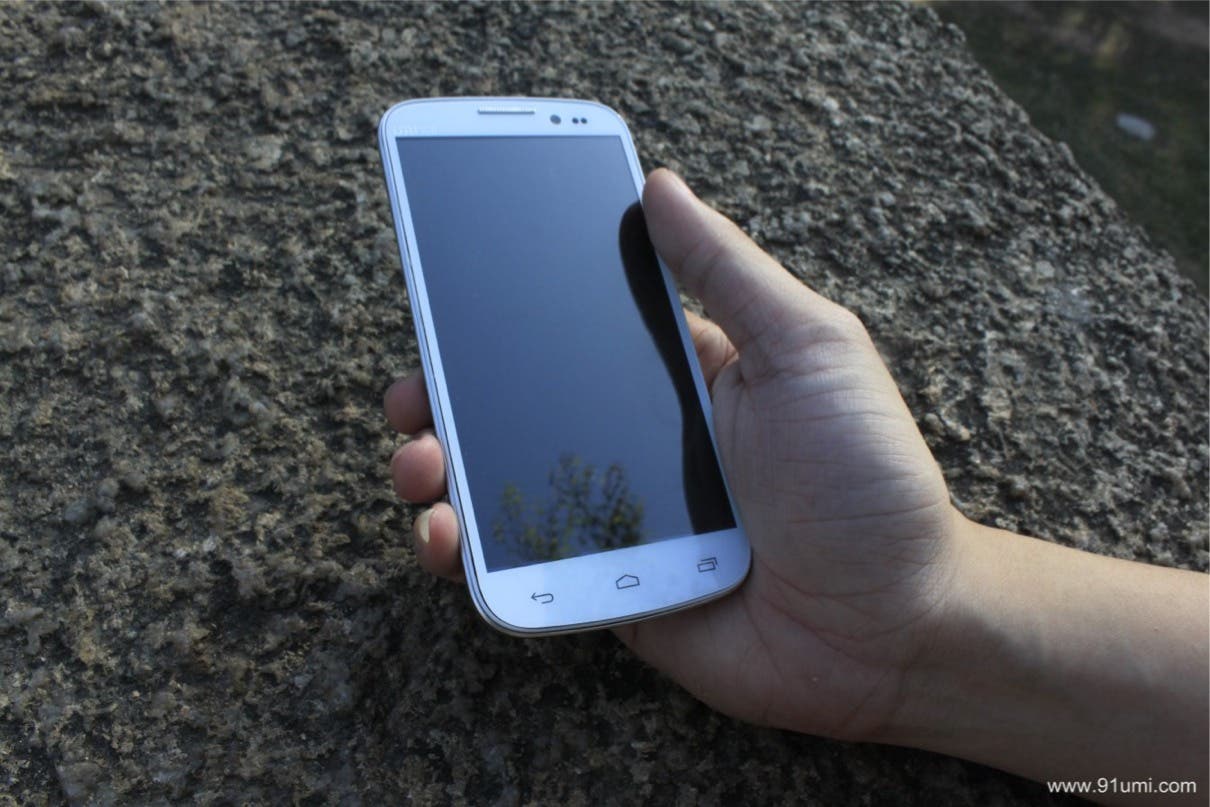 Above the screen we can just make out the UMi X1 logo to the left, with the front facing camera sitting to the right above the 1920 x 1080 resolution screen.

As we have previously seen, the 13 mega-pixel sensor is raised from the rear of the phone slightly, but seems to be well protected from scratches when placed on a table. There is also a dual LED flash for night photos, but hopefully you will only need it in extreme situations as the X2 sports a F/2.0 aperture.

Towards the bottom of the rear are the various markings along side an external speaker. 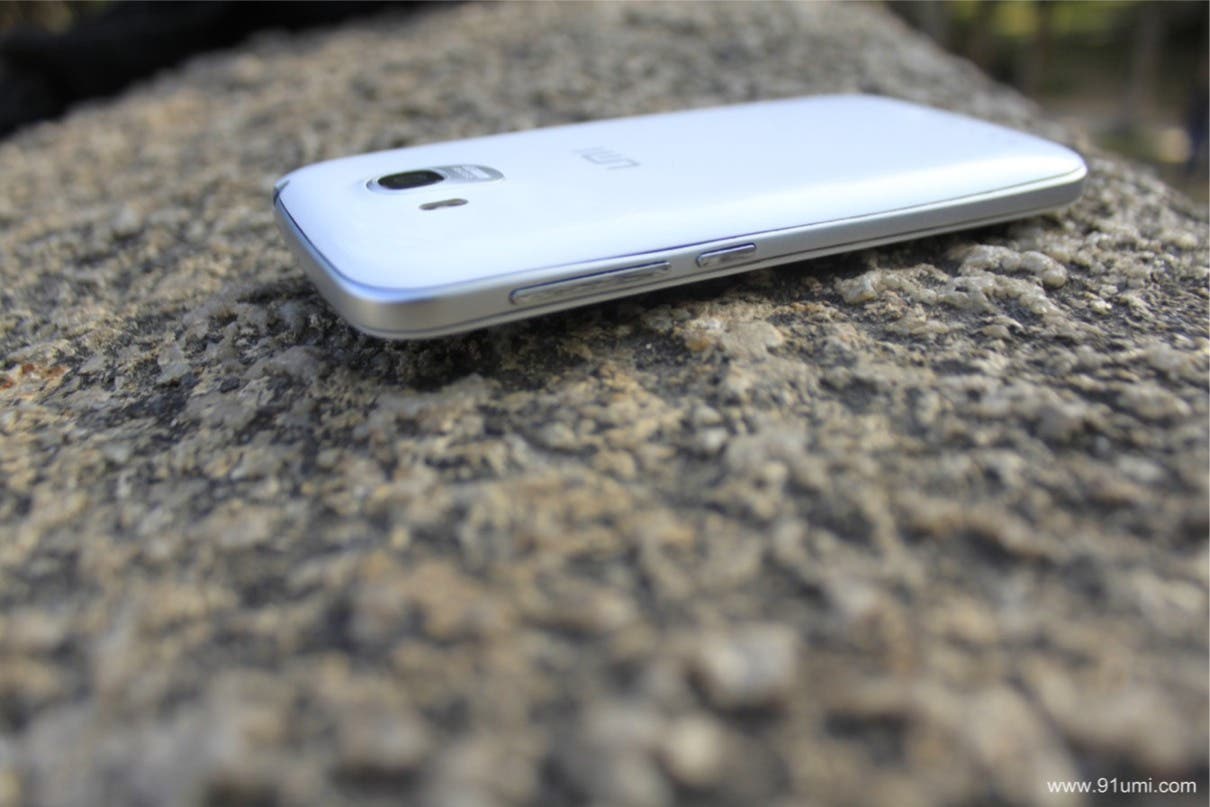 The power/hold switch and volume toggle are all located on the right hand side of the phone, where UMi claim they are easy to operated even singly handed, despite the large display. 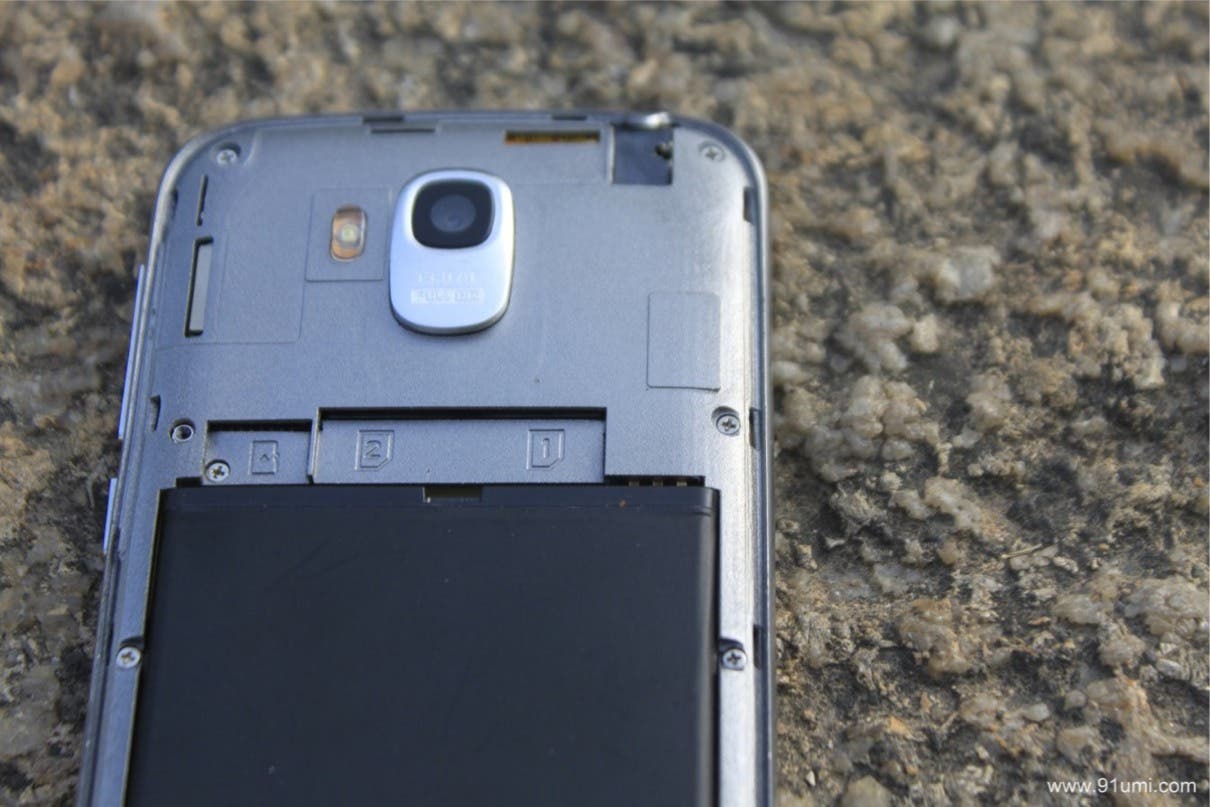 Whoever took these photos is really treating us well as we even get our first glimpse of the inside of the X2 where we can confirm it will support dual-sim stand-by and will have a micro SD card slot to boost internal storage. That battery is also shown, which according to the specs is a 2500mAh unit. 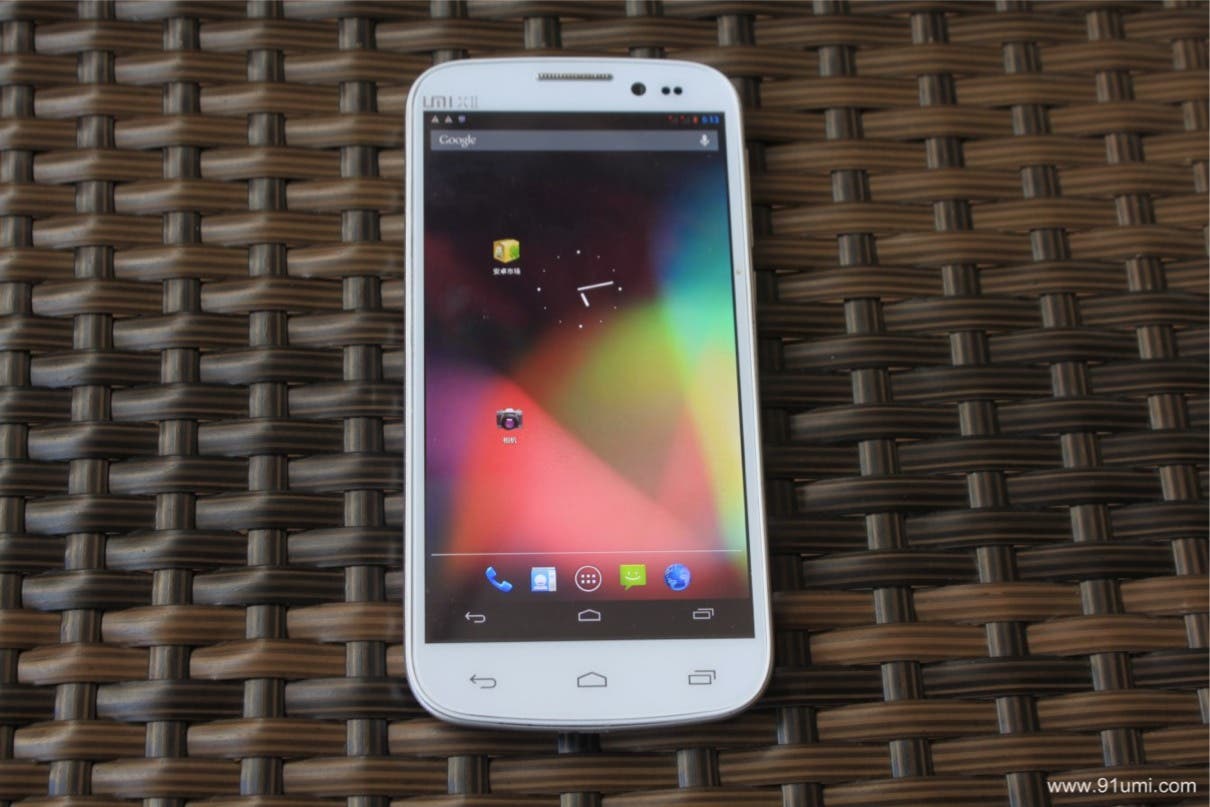 Android purists will be happy to see that UMi have made very few changes to the Android 4.1.2 Jelly Bean build on the X2, and from what we can see here it seems to be close to a vanilla install.

If you have read are earlier coverage on the UMi X2 the specification will come as no surprise, for those of you who don’t know though the UMi X2 will ship with a quad-core MediaTek MT6589 CPU, 2GB RAM, 32GB ROM, 5-inch 1080 display and 13 mega-pixel rear camera. Pricing is expected to be around 1499 Yuan ($240) and we should see the phone launch very soon.

Thanks to Annonymous for the tip!