Hero are one of the more established Android phone makers here in China, and their reach has managed to find its way to customers in market across the world. For 2013 Hero have embraced 5-inch, quad-core MT6589 phones and we got to test the Hero H7500+. Keep reading for the full review.

Hero manufacture their phones in the same factory as Zopo and Ceaser, and it’s quite common for Zopo and Hero phones to launch with the same designs and specification. The Hero H7500+ for example is the same phone as the Zopo 810, but just how good is the Hero version?

The Hero H7500+ is a 5-inch phone, but it doesn’t sport the narrow bezels found on other phones (5mm from screen to edge of phone), this together with the overall thickness of the phone would make it quite cumbersome for those with smaller hands to use. That’s not to say it works well in larger hands though. 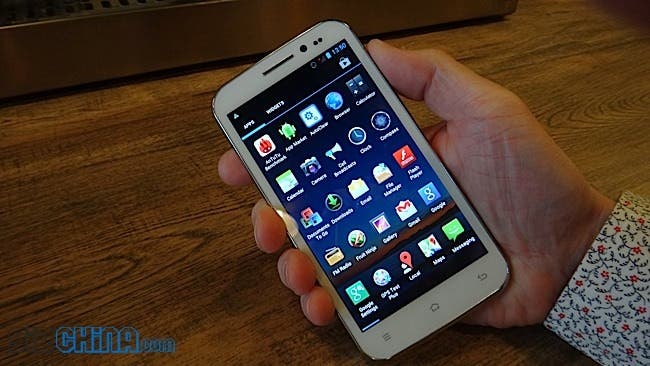 When held in my right hand the power/lock screen button can be pressed with the center of my thumb. Perfect! You might think, but with the power button in this position the volume rocker sits further down meaning I am forced to readjust my grip when trying to adjust the volume. 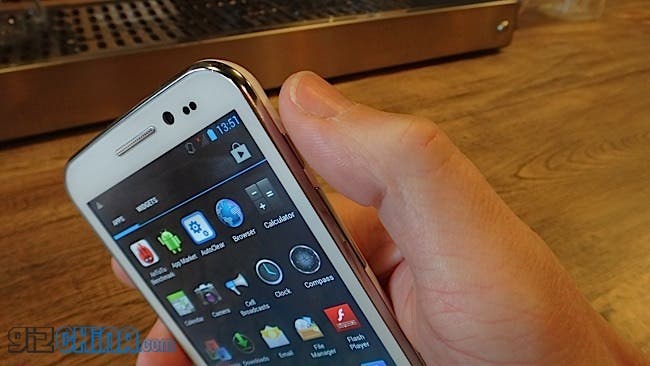 Not a huge complaint on its own, but when you are holding a it one-handed the glossy plastic rear shell can make things a little hairy at times! Thankfully I didn’t manage to drop the Hero while testing, but I did have some near misses! 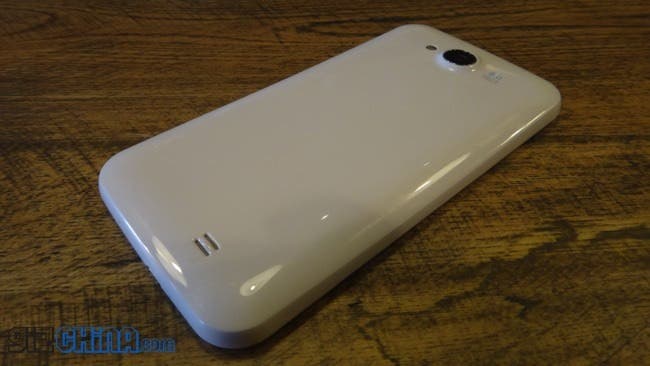 Speaking of that glossy rear, I’m not a fan. I don’t like it on my personal phone (the Xiaomi Mi2) and I don’t like it on the Hero. The glossy rear means zero friction between table tops, car dashboards and when in your pocket. This results in a phone that won’t stay still while used as an in car GPS, one which will happily fly out of your pocket (if you have tighter, more fitted clothing) and makes it easy to be dragged off the table while plugged in to its charger.

Zopo have sorted this with a rubberized finish on the ZP810, however Hero have resorted to providing a rubber case with the phone. This does work, but makes an already large phone simply huge! 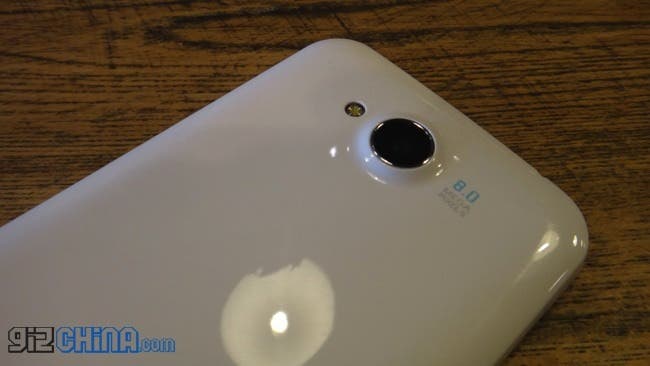 And this brings me on to another point. The H7500+ is not a thin phone (142 x 74 x 10mm according to my measurements) I don’t see why the designers have insisted on making the 8 mega-pixel rear camera sit proud of the body!? It would probably have fitted flush and would have improved the looks. I rather like the protruding camera on the HTC One X, but on the Hero it just seems unnecessary.

With all this said though, the Hero does feel well made. The plastics don’t feel cheap, the steel band which encircles the phone fits well, there are no burrs or sharp edges. I’m happy with the overall quality (well except the screen but I’ll come on to that).

Screen: bright but thick and then there is something else….

The Hero H7500+ isn’t the lightest phone in the world (181g) due to the large battery, overall size, but mainly due to the thick glass screen. Most manufactures of quad-core MT6589 phones have updated the displays OGS panels which helps keeps the weight and girth down. Hero haven’t, and turning the phone on its side you can see just how thick the glass is. 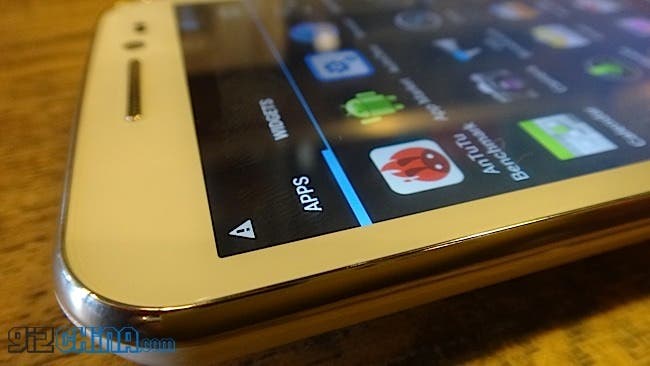 As far as we can tell the display isn’t Gorilla Glass or AGS, so be careful with it! A good drop will likely spell the end of it. 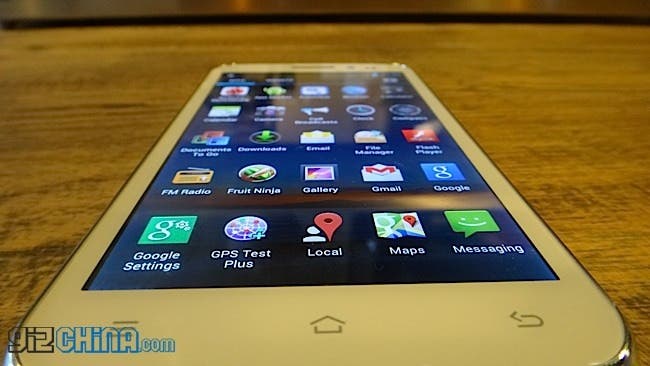 In use the screen is good. The 1280 x 720 resolution means you will be getting a 5-inch 720p display rather than a full HD unit, but in use I found it to be nice, bright and more than adequate for gaming and watching movies. I even passed the phone around some iPhone and 1080HD Android phone users and many commented on how good the screen was for a 720 unit.

I can also confirm that the display on our test Hero H7500+ has been fully inspected and has passed a strict quality inspection! How? Well when using the phone in bright sunlight for this review I noticed a distinct ‘check’ appear on the screen in permanent marker! 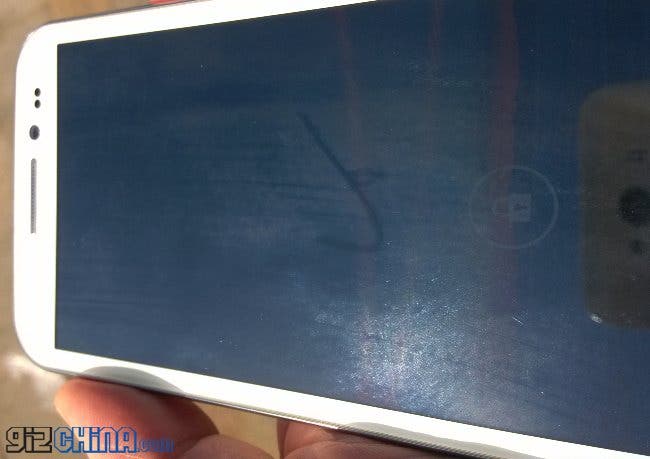 It seems the screen had been marked fit for use and then not correctly cleaned as the check is now clearly visible even when the display is locked!

Performance: impressive turn of speed from the quad-core MT6589 processor

Performance is not an issue with the Hero H7500+. The 1.2Ghz quad-core MT6589 processor and 1GB RAM provide more than enough grunt and as they only have to drive a 720 display benchmarks are impressive too. 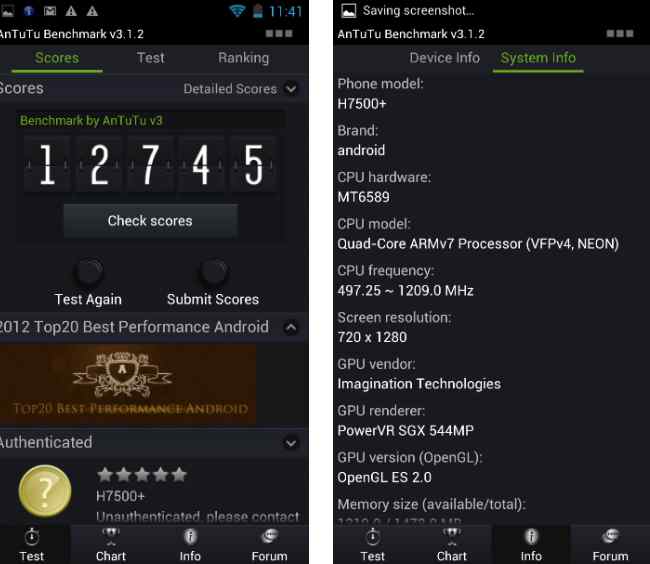 Quadrant also resulted in an impressive score as the Hero managed 3643. 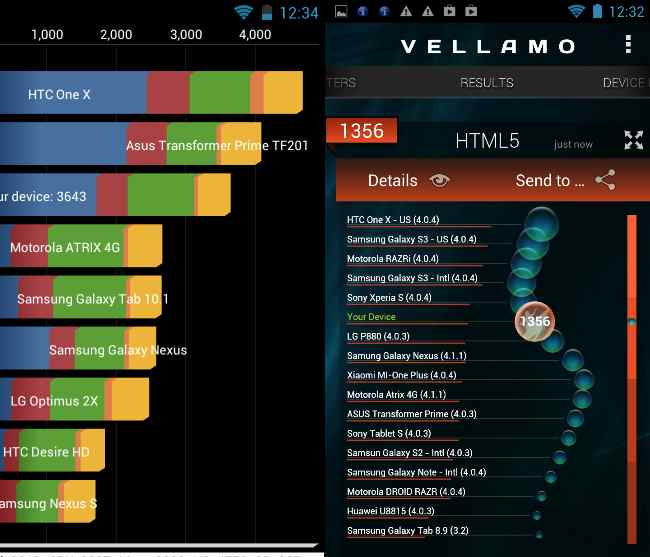 Benchmarks are one thing, but what about real world use? Well gaming is fantastic, I tested the graphically challenging Riptide GP on the Hero and it handled the fast frame rate and close racing action without a skip. The Hero also managed to keep from overheating while gaming, actually cooler than the Mi2 in some situations. 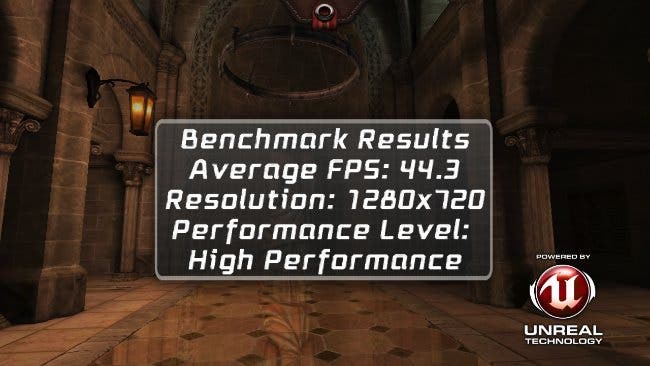 UPDATE: As requested I have also ran Epic Citadel benchmark on the Hero which achieved 44.3FPS.

Browsing the web is also fast, with even heavy webpages opening at an impressive speed.

I was pleasantly surprised with the performance of the 8 mega-pixel rear camera. Images taken on bright sunny days, dull rainy conditions and even in dimly lit coffee shops came out really well! Better than expected! Don’t go expecting the same level of quality you get from a more expensive Xiaomi Mi2 or better equipped Newman N2, but for the price you won’t be disappointed!

The built-in camera featurea HDR and burst mode. Strangely I found HDR on the Hero made images darker and less impressive than they were when taken in the regular camera mode. The burst setting is fast, but needs some optimisation to be really workable, if this is something you want though you could always use the Fast Burst Camera app which I find performs a great job.

I don’t tend to use the video capture option on any smartphone all that often, but when I do I prefer the autofocus to behave itself and stop hunting for focus. The Hero was very naughty in this respect and seemed to be constantly distracted with everything going on around it.

You can download full size photo samples taken with the Hero H7500+ here.

I know that many of you have asked questions (and will likely ask further questions below) and I’ve tried to test most things which are possible for me to test here in China. 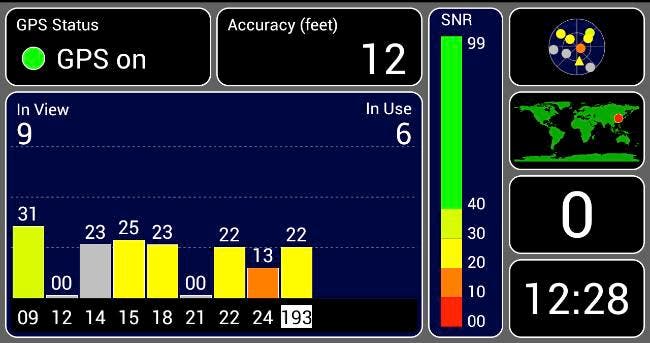 GPS works very well. It locks on quickly and is accurate. This is not like the old days of the MT6577, this GPS is usable. As for Glonass, I wasn’t able to connect to any Glonass satellites during our review, and that’s trying the phone on dull rainy and clear sunny days. 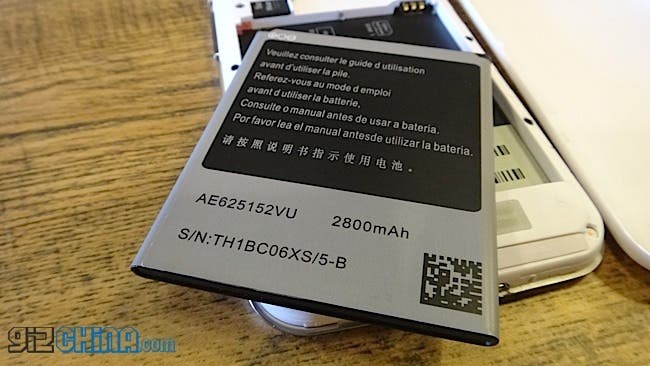 The battery on the Hero H7500+ is a 2800mAh unit, in fact it comes with 2 which was a very nice surprise. Using the phone with 3G, GPS and Wi-Fi on, as I always do resulted in a full day of use without the need for a top up. Gaming and video does reduce this though, so if you are more of a gamer than I am (I don’t have time 🙁 ) then you will want to either carry the spare battery or the cable with you. 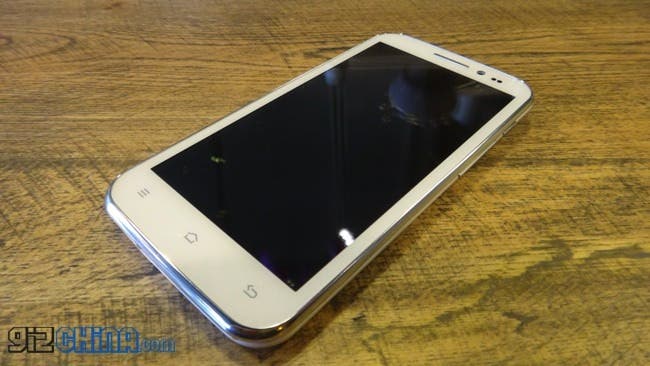 So after a good long test of the Hero H7500+ would I recommend you buy it?

If you are looking for a quad-core MT6589 phone with good camera and want the phone right this moment then I would say it’s probably your only option (unless you want to spend a little more and get one of the Zopo phones) ! I would also say it’s probably going to be the cheapest alternative (for those of you not in China and buying through a reseller) and is going to be pretty easy to get hold of.

However, if I was in the market for a quad-core MT6589 phone right now, I would wait! There are more attractive, better spec’d and nicer designed phones on their way. Yes, they will cost more, and yes they will be a nightmare to get hold of but I would hold off getting the Hero unless I really wanted an MT6589 phone this very second.

This is all relative though there are going to be scores of people who will absolutely love the Hero H7500+ and it is without doubt better than a lot of the phones on sale now, but knowing what’s just around the corner I couldn’t bring myself to pull the trigger on a Hero H7500+ for myself.

Next Samsung Galaxy S4 is official! Looks exactly like the S3!