Finally an Android powered iPad mini knockoff we can happily go out and buy! The No.1 mini Pad packs features the real iPad mini won’t have for generation (if ever) and it’s launching very soon!

While we at Gizchina are stern Android phone fans, we all agree that the iPad mini is still one of the best tablets on the market, however it isn’t perfect! But rather than wait through generation after generation of slight iPad mini updates, we might skip Apple all together and pick up the No.1 mini Pad for our next tablet! 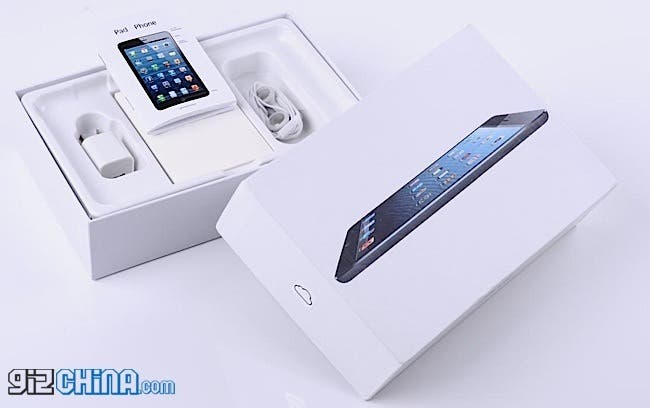 Just looking at the No.1 mini Pad you would be hard pushed to tell this tiny Android device from the real thing, in fact the only differences we can see are the slightly wider screen bezel and the branding on the rear. 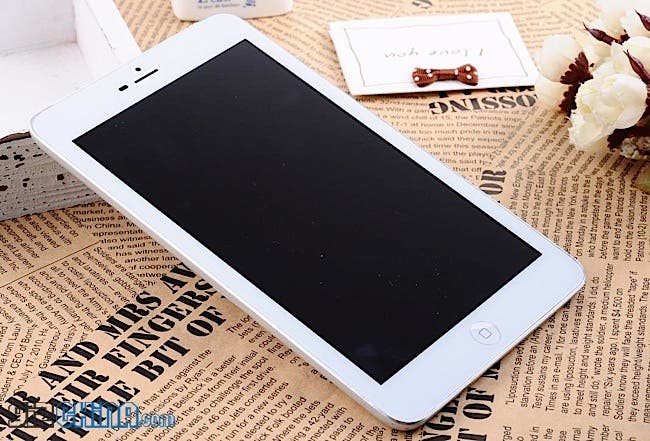 Speaking of the screen it measures in a 7-inch, and while resolution hasn’t been confirmed rumours are suggesting it will be a 1280 x 720 HD panel! 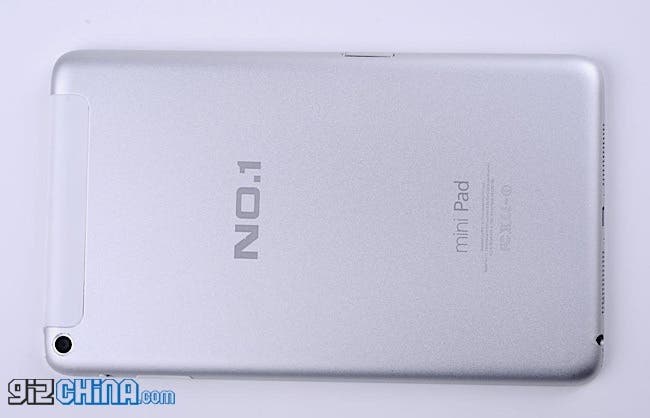 Turning the miniPad over we can see the alloy body with miniPad branding along with a rear camera and we can just make out the physical buttons along the edges plus the SIM card tray for a 3G sim. 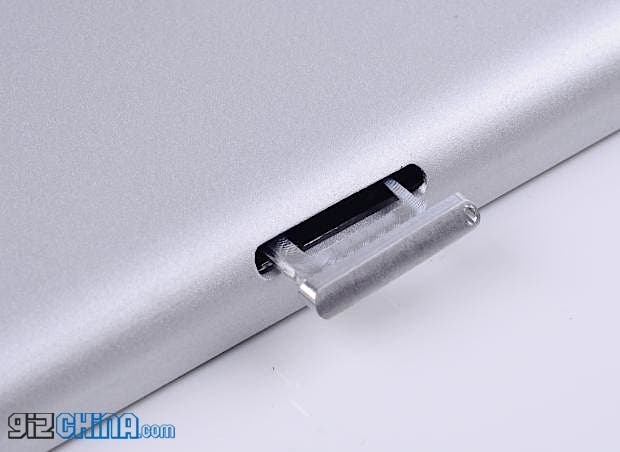 Like the cellular iPad mini, the No.1 mini Pad has plastic shroud which covers the 3G antenna to prevent interference, but unlike the Apple tablet this clone actually allows you to use the device as an actual phone making and receiving phone calls!

To get that phone functionality, the mini Pad uses the Mediatek MT6589 quad-core chip running at 1.2Ghz, the same processor found in many Chinese phones plus 2GB RAM which should ensure some pretty impressive performance figures!

Other highlights of the No.1 mini Pad include a front facing camera, a copy of Apple Lightning connector for data transfer and charging, plus the rather genuine looking iPad mini packaging.

The mini Pad shown in these photos is a prototype and as you can see is a little rough around the edges, but according to No.1’s staff we won’t have long to wait before this Android powered iPad mini knockoff clone hits the market.

Previous Neken N5 is another HTC Butterfly clone but with a higher spec and lower price!

Next Ebest Dream S10 arrives out of no where with 5.3-inch display goes on sale today!