Chinese phone maker THL don’t hang about, we only saw renders of the new THL W11 yesterday and already real photos of the new handset have been revealed!

As we said yesterday the THL W11 is a huge departure from current THL designs and really looks great for it! Specifications for the phone still haven’t been fully released but we can see that the rear camera is a 13 mega-pixel sensor, and from early reports the front is an 8 mega-pixel HD unit above a 5-inch FHD display.

In these real photos we can see that the phone appears to be a single SIM unit with a SIM tray on the right hand side of the phone, this and the partial rear photo suggest the W11 will use a built-in battery rather than a user replaceable item.

The top of the phone features a 3.5mm headphone jack, mini USB and also space for what appears to be an SD card. The power button and volume rocker live on the left. 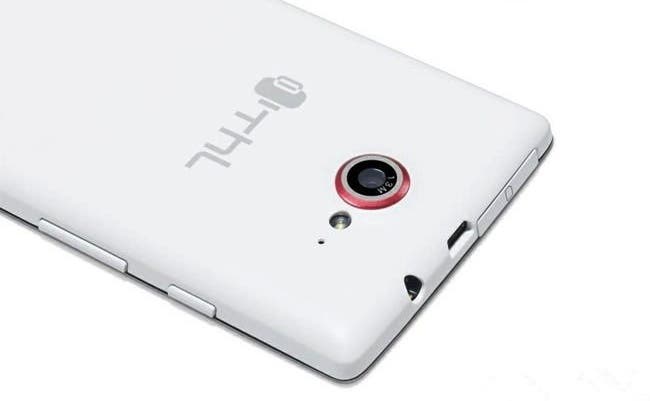 It is likely that THL will use a quad-core MT6589T CPU in the THL W11 with either 1 or 2GB RAM, however they could surprise us and launch a more powerful Snapdragon powered phone to rival the Xiaomi Mi2S and even Oppo Find 5!

Next Official: Oppo Find 5 Mini not in the pipeline