Summertime! what better time to head out to the garden, beach or on the road with an Android tablet by your side. We take a logo at the top 10 Android iPad mini alternatives for Summer 2013.

It’s not secret that although I am an Android phone users, when it comes to tablets it’s the iPad mini that I reach for when hitting the road! Well at least that was true until Chinese tablet makers started to produce these great looking, affordable Android iPad mini alternatives!

The No. 1 P7 was one of the first 7-inch Android mini tablets to actually go on sale in China. The 7-incher was originally announced as a 2GB RAM tablet with built-in 3G but due to the various issues with the 1.2Ghz MT6589 processor only a 1GB model made it to market.

As the processor is a MT6589 you can also makes calls and browse the internet over WIFI and 3G on the No.1 Mini pad making it quite a versatile little tablet.

The Ramos X10 is also a quad-core tablet but unlike the P7 the processor in the X10 is a tablet specific 1.5Ghz quad-core chip which propels the tablet to Antutu scores of over 13,000 points. 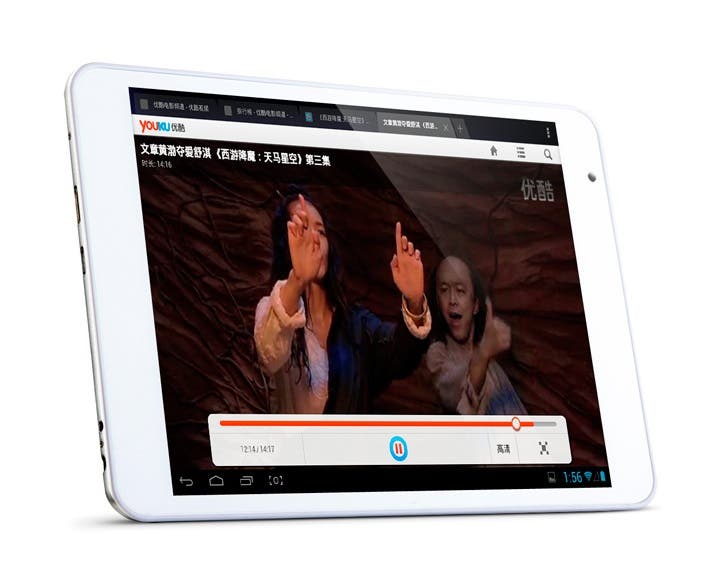 Pricing is a little higher too with the Ramos costing $180, throw in the fact that this tablet only supports WIFI and the X10 is looking like a pricy prospect. However there is the benefit are a more ‘International’ brand than No.1 so warranty and service issues might be less of a problem.

The Ainol Novo 8 Dream F1 looks less like the iPad mini than some of the others on this list due to the larger 8-inch display and thick bezels. Under the hood a Actions ATM029 ARM A9 1.5Ghz quad-core processor purrs along with the help of 1GB RAM and 8GB of built-in memory. There is also room for a 32GB SD card meaning you can load planting of media on the tablet to keep you occupied by the pool. 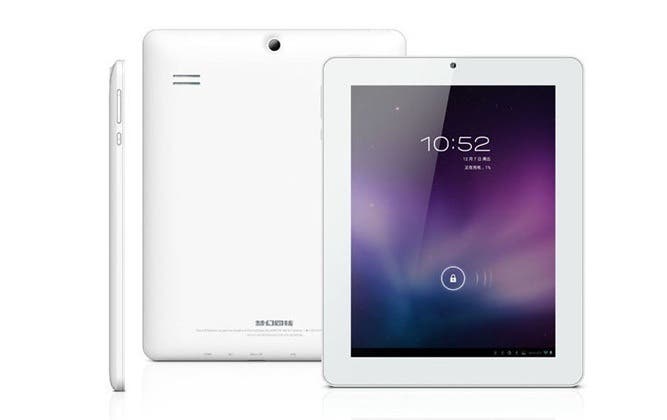 Again the Novo 8 is a WIFI only tablet but at just $150 for intentional customers it is quite a bargain.

Chinese electronics maker Newman are better known for their MP3, MP4 players and more recently their phones like the Newman N2 and K2. The company also makes a range of tablets under their Newsmy brand like the S8 Mini iPad mini alternative. 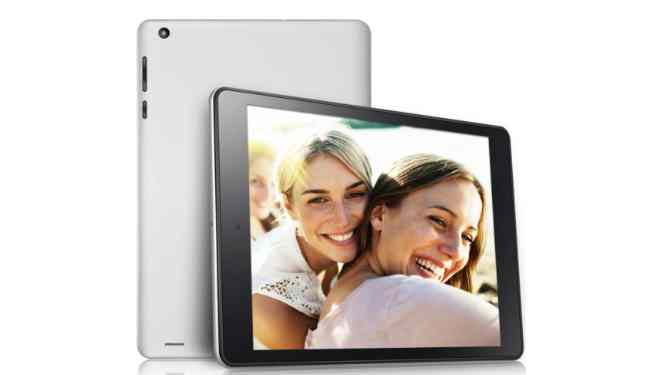 The body of the Newsmy S8 mini measures just 7.2mm while the display is a 7.9-inch OGS panel with a resolution of 1024 x 768. Processing power comes from a 1.6Ghz quad-core Cortex A9 chipset with 2GB RAM. 2 versions of the tablet are available one with 8GB memory and the other with 16GB, both feature space for a 32GB SD card, mini USB and HDMI out.

The GooPad mini was first announced just hours after the launch of the real iPad mini, but it has only been available to buy since early this year. The GooPad mini 7 is a 7-inch version with 1280 x 720 display and quad-core Mediatek processor. 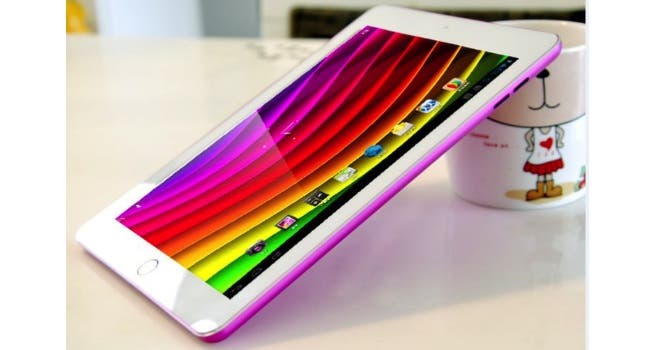 As you can probably guess the GooPad accepts SIM cards meaning you can make calls or browse the web over 3G or 2G networks. Two version of the GooPad mini 7 are available a standard model with non removable 4800mAh battery and MT6589 processor and a Plus version which has s MT8389 chipset and removable battery.

Of the tablets on this list the MSI is probably the one which you are likely able to buy easily outside of China. 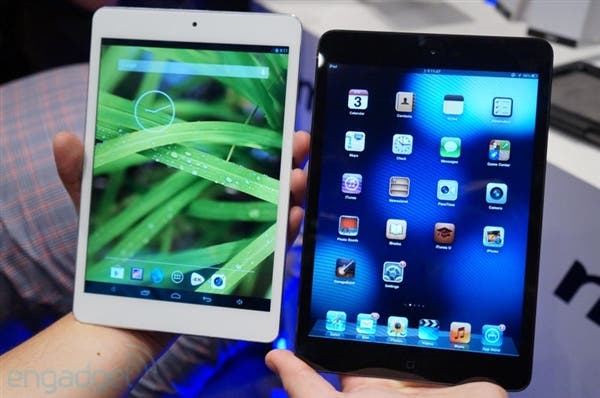 Another 3G equipped tablet, the Orient Tab 7 uses the popular quad-core MT8389 chipset which is similar to the MT6589 but designed for tablet usage rather than phone use. The Soc brings WIFI, 3G, phone calls and GPS to the tablet along with great performance. 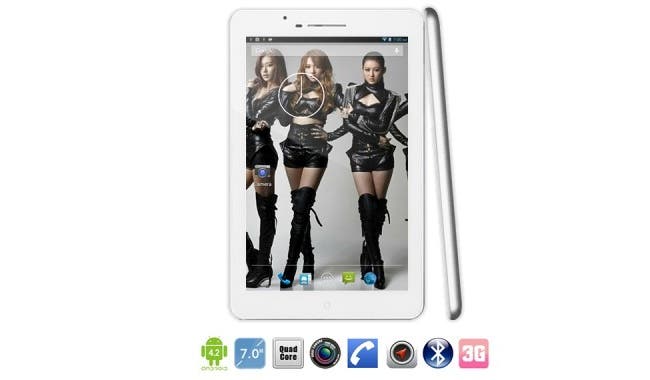 Julong have entered the popular mini tablet market at the 999 Yuan ($160) price point with this plastic bodied 3G device. Powered by a 1.2Ghz MT6589 quad-core processor you can think of the Julong Mini Tab as a large phone rather than tablet as it can also make voice calls. 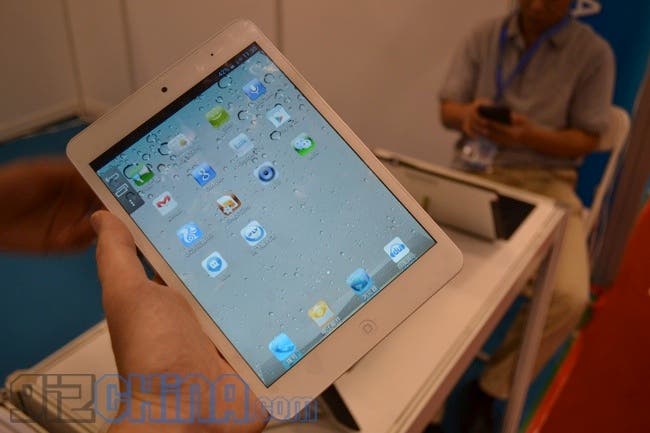 Android 4.2 runs on the device which a custom ROM to give it a similar look to iO6 on the iPad mini.

The Cube U55GT is another option for those of you wanting long battery life with the flexibility of 3G connectivity. The tablet runs on the energy-efficient quad-core MT8389 chipset allowing 3G web surfing and voice calls plus there is a build in 4500mAh battery (one to the largest on the list!). 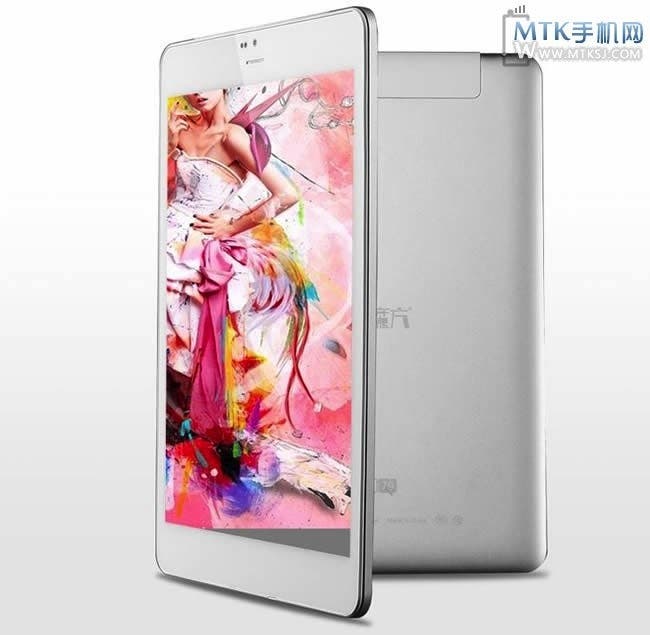 The Xiaomi tablet should be officially launched on 16th August in Beijing. We don’t have official specs yet, but according to rumours the tablet will feature a 7-inch 1280 x 720 display, 1GB RAM, 16GB memory, quad-core processor, built-in 3G, 13 mega-pixel camera and 4000mAh battery.

The CHUWI Mini Pad V88 is probably the most powerful Android iPad min alternative on the list thanks to the 1.8Ghz quad-core Rockchips RK3188 processor, Mali 400 GPU and 2GB RAM.

So this is our summer list of top 10 Android iPad mini tablets. Did we miss anything out you think we should have mentioned? Do you own any of the above? What do you think? Let us know in the comments below.

Next MIUI V5 available for the Oppo Find 5