After Samsung and MediaTek, LG seem to be one candidate keen on jumping onto the 8 core wagon. Their take on an 8 core processor, the ‘Odin’ just got AnTuTu benchmarked, and results weren’t TRP busting in any manner.

The Odin octa-core SoC scored 27,184 points on AnTuTu, pretty much on par with Samsung’s Exynos 5410. This leads us to believe that Odin too is built around a big.LITTLE architecture, with half of its 8 cores functioning at a given point in time, just like the Exynos 5410. Having said that, it is noteworthy that the CPU was clocked relatively low, running at a low and high of 100MHz and 1GHz respectively. There might be a significant increase in the AnTuTu score, or for that matter, overall performance in the retail version of the chipset if it gets a higher clock than the 1GHz. 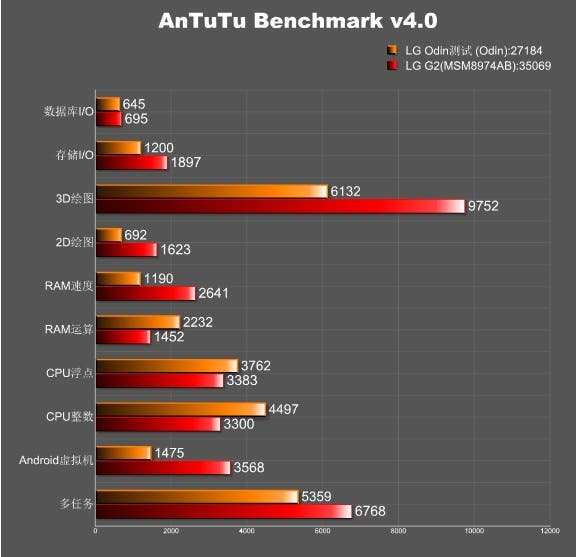 The SoC will have a Power VR Series 6 GPU, which will be one of the most powerful ones to feature in smartphones next year.

Next More leaked images of the Huawei Ascend Mate 2