Taiwan’s HTC finally took the wraps off of the much anticipated HTC One (M8), at simultaneous events in New York and London.

As expected, almost all of the rumours that we heard prior to the actual release turned out to be true. This includes the Duo Camera on the rear, the chassis and the unibody construction, among other things. The device is now powered by the Qualcomm Snapdragon 801 SoC, something which we will also see powering the OnePlus One.

The HTC One (M8) gets its screen stretched to a standard 5-inch diagonal from the previous 4.7-inch which was considered a tad small by some. However, the resolution remains the same at 1920 x 1080p, which means that the HTC One (M8) will have a lower pixel density as compared to the original One (not that you would be able to notice it with bare eyes). 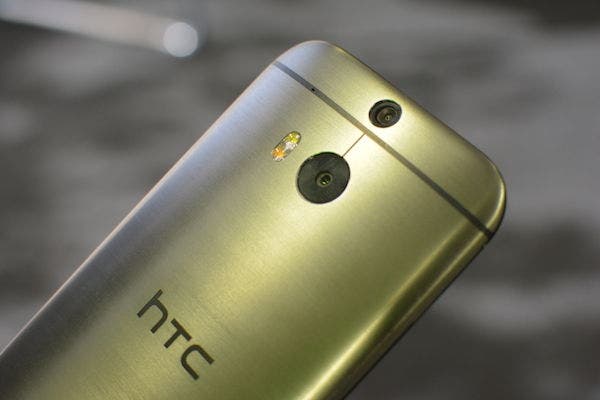 While most markets including the US and Europe will get a Snapdragon 801 powered HTC One (M8), those residing in Asia will be treated to a higher, 2.5GHz clocked variant of the Krait 400 cores. The device will be a decent multitasker thanks to the 2GB of RAM that’s on-board, with 16GB/32GB storage variants on offer. Either version will allow you to expand storage by up to a solid 128GB, which should satisfy the most demanding users.

As leaks suggested previously, the device will have a 4 mega-pixel rear camera with a 1/3″ sensor and an aperture of f/2.0. Along with this, there will be a second camera on top of the device, which in combination with the 4 mega-pixel will comprise what HTC call Duo Camera. The second camera on the top will be used for depth computation, much like the human vision system. The front camera is now bumped to 5 mega-pixel with a wide angle lens, which makes it much more selfie-friendly when compared to the 2.1 mega-pixel sensor that featured on the original One.

The HTC One (M8) will go on sale in a few markets starting today, with other markets to follow. You will be able to avail the device in Glacial Silver, Gunmetal Gray and Amber Gold colour variants.