We certainly saw this coming, but perhaps not so soon. China’s Xiaomi is now among the top 10 smartphone makers by volume, and has eliminated HTC in the process.

We’ve extensively covered Xiaomi’s progress, especially through the past few months, which is when the 4 year old maker started showing signs of evolving into a truly global company. The fact that half of the top 10 list is populated by Chinese makers shows how insanely large the Chinese market is, and how everyone still stands a chance of making it big. Speaking numbers, 35% of all shipments made their way into China, the world’s largest smartphone market, followed by USA which got a meagre 12%.

Samsung is still going strong, holding the #1 position in China with an 18% share, which doesn’t come as a surprise. Following Samsung is USA’s Apple, with 16% share. What’s interesting to note is that 97% of all Xiaomi phones are sold in its home country itself, which means there’s still a lot of ground left to cover for the wily maker. 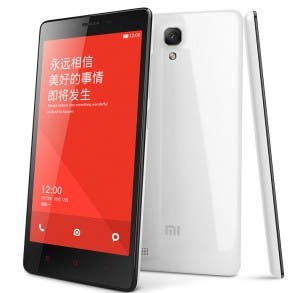 Xiaomi Redmi Note, one of the most affordable octa-core devices available right now

Currently holding the 6th place in the top 10 list, Xiaomi could very well propel themselves in the top 3 as early as next year if the expansion plans they have underway work for them. Markets like India, Indonesia, Vietnam find a place in this list of countries Xiaomi is looking to expand into; given the ‘freemium’ sort of marketing that Xiaomi follow, we cannot but foresee a successful future for the company in the emerging markets in question.