Xiaomi leaks are common around the time of the launch of a new phone, but generally they fake of photoshopped devices. This latest leak might actually be for real.

A new alleged image of the Xiaomi Mi4 is doing the rounds in China. The photo taken at a factory where the phone is being tested actually looks like a previous leak, possibly confirming that this is in fact the real design of the new Mi4.

What we can see in the photo is the Xiaomi Mi4 will come with a white option, will have narrow bezel edges on either side of the display and that the phone is still using capacitive buttons on the chin rather than onscreen navigation.

Other features included the usual Mi logo in the top right corner, receiver grill, light sensor and front facing camera with a larger than average opening. 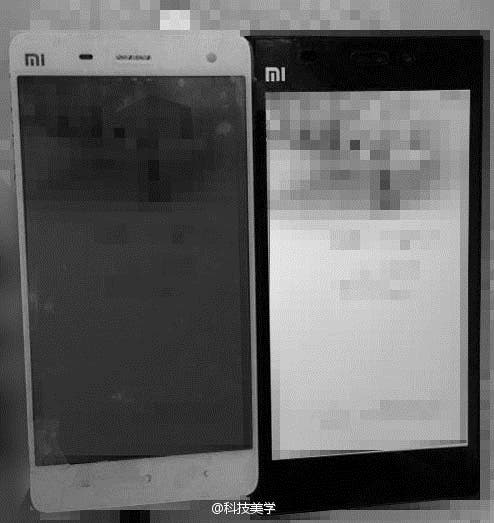 Previously we have heard that the Xiaomi Mi4 will have 4G LTE, a choice of either a Snapdragon 805 or Nvidia Tegra K1, 3GB RAM, and a 16 mega-pixel camera, In fact camera samples taken with the Mi4 can be seen here.

So if this is the next flagship phone from Xiaomi, will you be buying it?

Next Xiaomi to make their first India announcement July 11th