So Meizu’s recent MX4 isn’t the only phone the company have planned for 2014, as details of the flagship Meizu MX4 Pro continue to roll out.

MX4 Pro rumours have continued to leak even after the MX4 launch, with most leaks suggesting the Pro model of the phone will have the same outward appearance, and in fact body, of the current MX4 but with updated internals.

This purported leaked specification sheet suggests that the MX4 Pro might have a few more surprises however and claims the new Meizu flagship might have a larger 5.5-inch 2560 x 1536 resolution display, 4GB RAM, and most surprisingly, a Huawei Kirin 920 octacore processor.

The leaked doc also lists the main camera to be a 16 mega-pixel Sony IMX240 F1.8 sensor and that the phone will support LTE, CDMA, WCDMA and GSM. 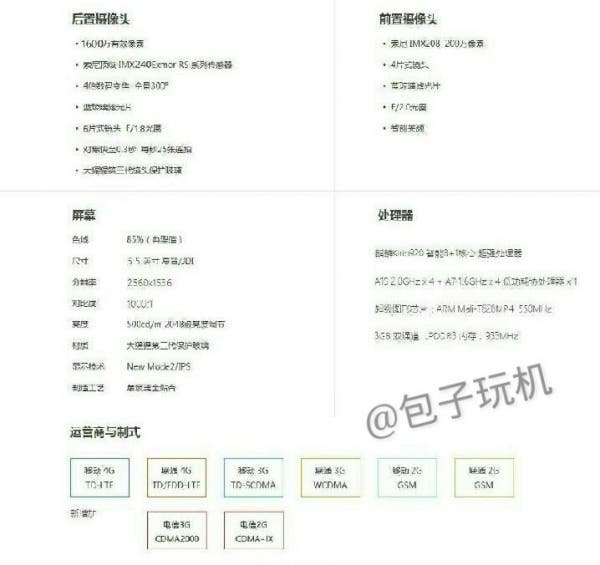 Previous leaks have suggested that the body, screen size and rear sensor for the MX4 Pro would remain the same, but be updated. For example the display would be 2K, the sensor F1.8 etc. Earlier leaks also claimed a Samsung processor would be used, which given Meizu’s history sounds more likely than the Huawei chip.

Details of the Meizu MX4 Pro launch haven not been announced, but we should see the phone officially launch in the next month or so.