After thousands of steps and testing with various devices, here is our hands on review of the Xiaomi Mi Band fitness wearable.

Xiaomi are no strangers to diversifying their range, so when they announced their first wearable device we weren’t all that surprised, well at least to start with!

Compared to most companies wearables the Xiaomi MiBand is a very basic product in both design and features and in all honesty I thought it was too basic a product to even bother with, well until I actually got one that is. The Mi Band isn’t the first wearable I have used in the past few months, the other is an LG G Watch with all the Android Wear bells and whistles you can shake a stick at, including amazing features such as a screen!! So how does the Mi Band hold up when it doesn’t even have the ability to show the time?

The Xiaomi Mi Band is designed to cost only 79 Yuan ($13) so Xiaomi had to keep functions to a minimum while ensuring the product would be useful enough to buy and comfortable enough to wear. 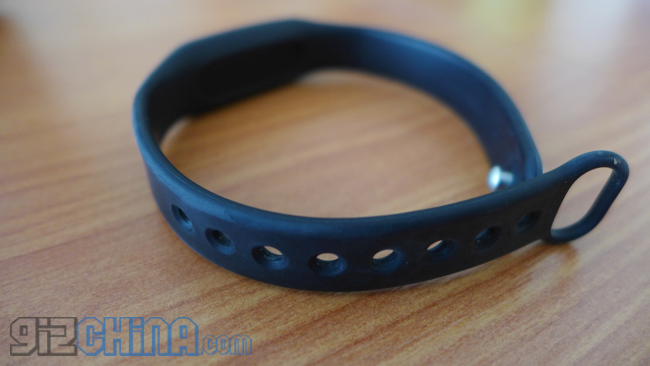 Main construction is rubber with a simple band and pin method of fastening. The model I have received is made of a black rubber that is comfy and lightweight. The strap is just wide enough to hug your wrist but not wide enough for heat and sweat and sweat to build up. 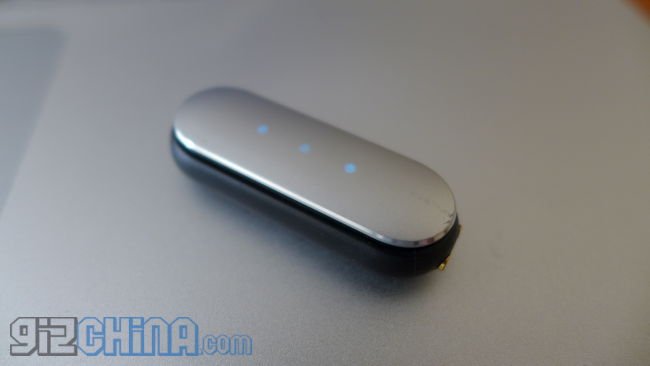 The rubber band comes in a range of other colours, and is there to simply hold a small alloy capsule in place. The alloy body is where the electronics live and include 3 LED notification lights, Bluetooth and tiny 41mAh battery which provides 30 days of always on usage. 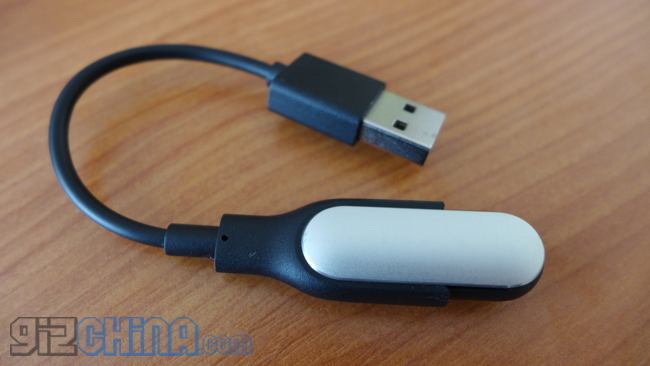 To charge the Mi Band the alloy body can be pushed out of the rubber band and quickly charged via USB with the specially designed included USB charger.

As this is a fitness tracker the Mi Bands electronics have been sealed away from the elements and features IP67 water resistance. 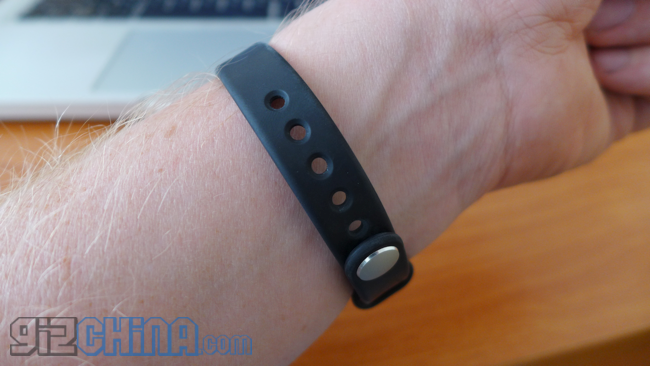 There is also a small built-in motor which an be used as a vibration alert when an alarm is set through the Xiaomi Mi Band App. The Mi Band App also allows you to set the color of the LED notification lights (Blue, Orange, Green, Red) and generally lets you set the device up as you like.

On it’s own the Mi Band wouldn’t really be able to do anything and that’s why Xiaomi have developed an Android (and soon iOS) application for the wearable.

When you first turn on the App you will be walked through a process of setting the Mi Band up, syncing to your phone via Bluetooth and finally setting it up how you like.

The main selling point of the Mi Band is the ability to track how many steps you walk in a day and also how much sleep you have had. The App is able to break these details down and show your results as a simple graph and pie chart.

When setting your Mi Band up you will be asked to set your walking goal for the day (I have mine set to 10,000). Each time the app is opening your phone will sync with your Mi Band and update your progress, so you don’t actually need your phone with your to track how far you have gone during the day.

The App also tracks sleep telling you how much sleep you have had and even attempting to work out how much of that was a deep sleep.

You are also able to set up alarms from the Mi Band app which will have the band vibrate to wake you and even notify you of missed calls.

According to the specs the app requires Android 4.4 Kitkat to run but I have been using it without issue on the Vivo Xshot running Android 4.3. I also tested it with the Meizu MX4 on Kitkat and although it worked, there were some issues with the Bluetooth connection (which I belive was a phone an early Flyme bug).

Xiaomi Mi Band Review – Too basic or not enough?

When I first received the Mi Band I had already become throughly fed up with the LG G Watch’s daily need for charging. But I also didn’t think that the 30 day battery life and basic feature of the Xiaomi wearable would be that useful and thought the novelty would quickly wear off.

After over a month of use though and only a single charge I can confirm that I was wrong! So very wrong!

While the functions might not offer much the simple design, ease of use, app and incredible battery life all add up to a wearable that you just wear on a daily basis without thought or concern.

The fact that their is no glass screen on the Mi Band means that I wear the little device when mountain biking, running, walking, climbing and even repairing my car without the worry I’d scratch the delicate screen.

Each day I truly do aim to beat my 10,000 step goal and I use it as proof of lack of sleep when my wife asks me to take out the trash and I complain I’m too tired. It really is a fun little device and well worth the minimal asking price.

It’s a great device but it isn’t without it’s issues. For example the model which I have been wearing doesn’t like to show me the progress of my steps via the 3 LED lights. The idea is you should be able to hold the band up to your face (much like reading the time) and the LED lights will blink telling you what progress you have made. 1 light for 1/3, 3 lights when complete. This doesn’t work for mine, but it does on the band my wife uses. Also I found all but the Blue LED are quite difficult to see on a bright day.

Another issues is the alarm feature that only buzzes 3 times and might not be enough to wake you up, so ensure you have another alarm set as a back up.

The Xiaomi Mi Band is a basic but well thought out product. It is perfect for those of you who like to keep fit as a general daily routine and also perfect for you if you just want to monitor your health.

30 day battery life and a comfortable strap really make the Mi Band a worthwhile product, and the app is nicely designed and easy to understand too.

Although this little device hasn’t got access to all the cool Android Wear features the Mi Band has earned itself a permanent place on my wrist where as the LG G Watch with all its features is currently collecting dust!

If you are interesting in getting your hands on a Mi Band then keep posted this week as we have 2 to give away! Details coming soon!

Thanks to Xiaomishop.com for supplying us with our Mi Band for review and giveaway!