Geely, the Chinese automaker who owns Volvo, have a new flagship saloon with aggressive styling ready to pounce on the market at home and abroad.

Of all the Chinese car makers, it is Geely that really stand out to us as the ones to watch. The privately owned automaker first wet its feet in the car market with their own version of the Daihatsu Charade and even had a go at producing China’s first sports car.

The brand has now matured and is building some of the best looking mid size hatchback and saloons on the market, not to mention they also happen to own Swedish car maker Volvo.

Spotted on the road ahead of it’s official launch at the Guangzhou Auto Show this year, is the Geely GC9. The GC9 is a more aggressive and larger looking family saloon compared to the current Emegrand range and looks excellent for it.

The Geely GC9 has a ‘fastback’ design which basically means it has the body of a saloon but the large open tailgate of a hatchback making the 4956mm long vehicle a practical family car. 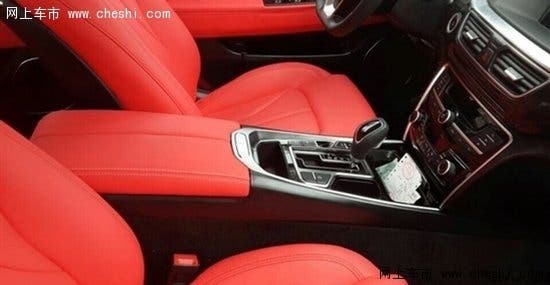 Specs for the car include a leather interior with smart display, and engine choices ranging from a self developed 1.8 Turbo to a 3.5 V6 with 6 speed manual box.

Geely have already started to market their cars outside of China with offices in Europe and the UK, so you could possibly see a Geely GC9 on the road in a few months.

Next First leaks point to next gen Vivo Xplay, Snapdragon 805 and 5.68mm thick