Since the start of the Meizu MX4 Pro rumours, we have been banking on a device with a Samsung Exynos 5433 chip, but with less than a week to go Li Nan says that’s a no go!

Meizu have a long partnership with Samsung which has meant that every Meizu phone (bar the MX4) has been launched with the latest Samsung processor. The latest and greatest Sammy chip is the octacore 5433 and that’s what we were expecting, well until today at least.

Meizu boss Li Nan took to Weibo today with the interesting, disappointing and intriguing post that the MX4 Pro won’t have a Samsung Exynos 5433 SoC and won’t be using a Mediatek MT6795 either!

So which processor are Meizu going to be shipping the MX4 Pro with? Well our minds automatically spring to the possibility of a Qualcomm processor, either a Snapdragon 801 or 805, but would Meizu really stop working with Samsung? 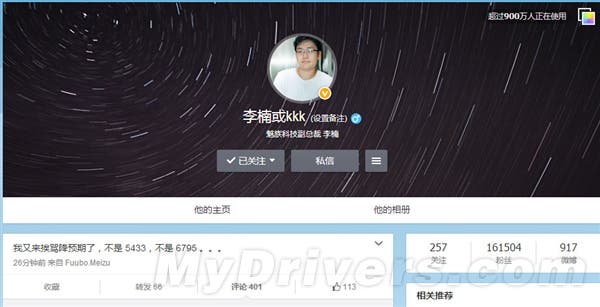 Another possibility is that Meizu would be using the Samsung Exynos 5430 chipset, which would give the MX4 Pro 2K display support (confirmed this morning) and Cat 6 LTE at 300Mbps.

What do you guys think Meizu will be using in the Meizu MX4 Pro?

Previous Spot the difference: No.1 launch 3 ‘new’ phones and a smartwatch

Next First real spy photos of the worlds thinnest smartphone