Android 5 Lollipop is still missing from Meizu’s range of current devices, but new screenshots confirm that at least the MX4 Pro is being ran on 5.0.1 in China.

The leaked screenshot comes form an Antutu V5.7 benchmark ran on a Meizu MX4 Pro running an unreleased version of Android 5.0.1 Lollipop for the phone. Only the ‘details’ screenshot has been released so we don’t know how well optimised the system is.

Last month a Flyme roadmap was released confirming when each current Meizu phone would expect to receive a Lollipop update. 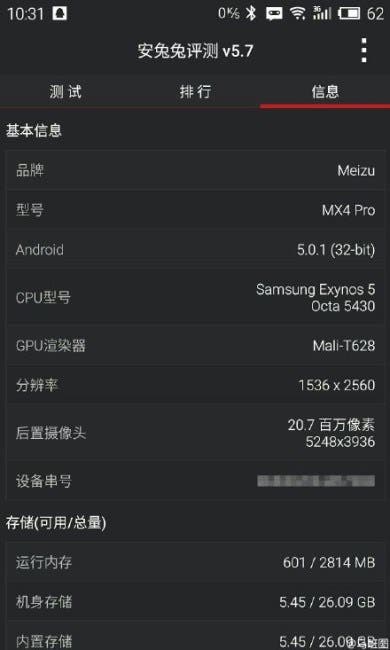 The roadmap has the MX4 Pro due an update this month, with the MX4 around the same time. The Meizu MX2 and MX3 will come in May with the M1 and M1 note in June.