Another mid-range-yet-high-end device from Vivo got announced today in the form of the Vivo X5 Pro, after suffering a lot of leaks and rumours.

The phone has a 5.2-inch 1920 x 1080p Super AMOLED full HD display, which is covered in 2.5D curved glass (which also happens to adorn the rear). The fact that the phone comes powered with the Qualcomm Snapdragon 615 (second generation, like the Xiaomi Mi 4i) along with 2GB of RAM suggests that the X5 Pro isn’t Vivo’s flagship for this year. Rather, a phone for the fashionista. 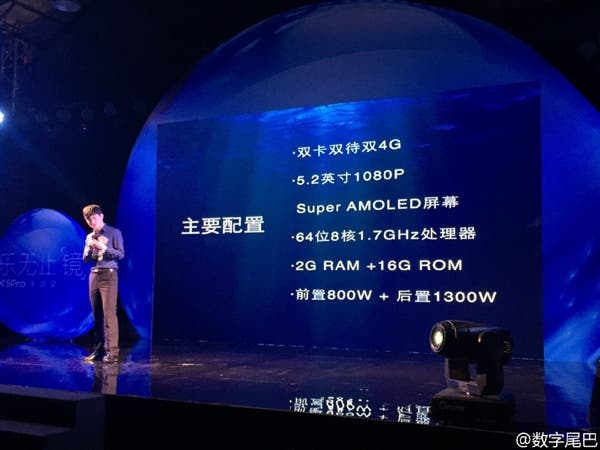 It measures 147.9 × 73.45 × 6.44mm (now I’m convinced it is a phone that’s meant to look good) and has a 13 mega-pixel rear camera, an 8 mega-pixel front camera that stitches together selfies of up to 32 mega-pixel in resolution. That’s not all about the front of the phone; there also sits an iris scanner which should give you an added layer of security.

The 13 mega-pixel rear camera works on PDAF (phase detection auto focus), which should greatly enhance the focusing speed — we should know how well it works when we get our hands on the device. The X5 Pro runs Android 5.0 Lollipop, but as usual there’s the Vivo touch in the FunTouch 2.1 ROM. 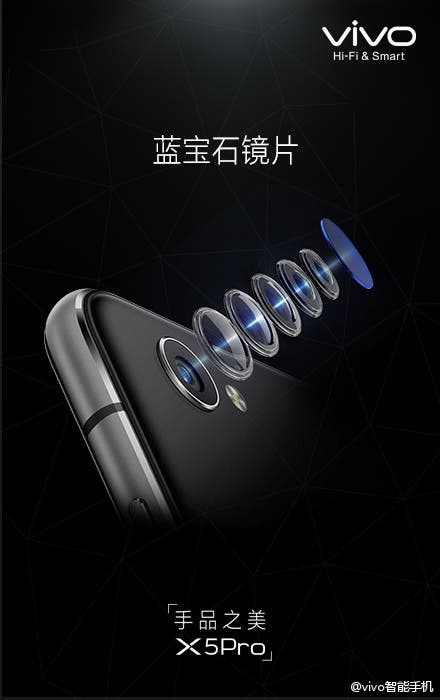 A Cirrus Logic CS4398 DAC sits on the motherboard along with the Snapdragon chipset which should provide some good quality sound… or ‘Hi-Fi’ like Vivo like to call it. Vivo have always had an above-average sound chip decoding audio, this should be no different.

It doesn’t really have a 4150mAh battery as we thought it would (that much in a 6.4mm frame is near-impossible), but there is a 2300mAh cell that hopefully will drive you through one day of usage. In more ways than one, this phone reminds us of the Gionee Elife S7, which is another slim phone but not the fastest on Earth.

Previous Bluboo cut the prices of their X6 and X4 smartphones

Next Xiaomi Mi4 running Windows 10 in a new hands-on video!