Meizu has for a while been active on its social streams in India. There was also a bloggers meet that was hosted in Bangalore sometime back, but no real announcements were made as such.

Today however, the company shared a rather cheesy render to tell us about the fact that there’s going to be something announced on the 18th of May. And because Meizu had earlier given away that the first phone they launch in India would be the m1 note, we believe the 18th will see the launch of the phone. 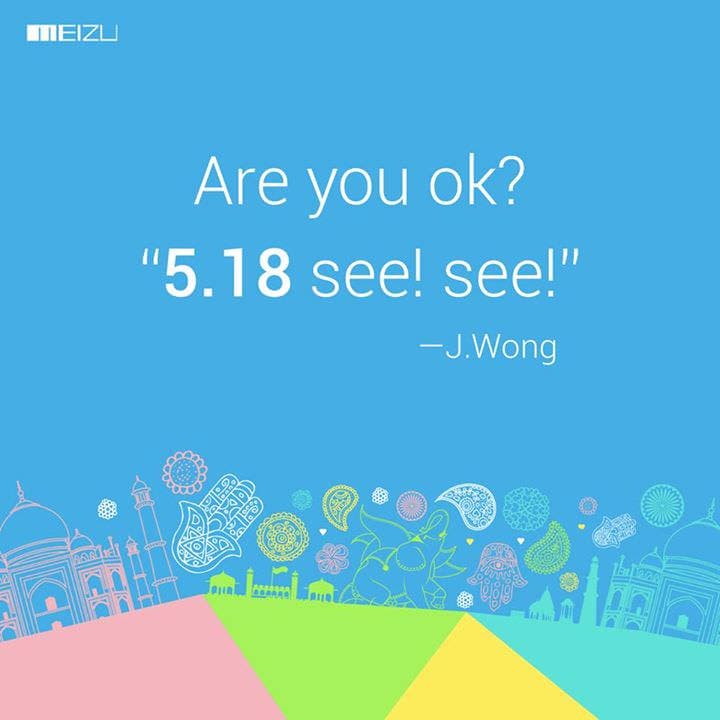 Coming to the render that was shared, it reads ‘Are you ok?’. If you aren’t aware, this is the phrase that went viral after Lei Jun’s speech in India during the Mi 4i launch, something that also made him the butt of many jokes.

If Meizu indeed launch the m1 note in India, we expect it to be priced in the US$200 range, about 12,000-13,000 INR in India. No new manufacturer would want to spend on building a retail chain, and Meizu too should take the online route with channels on maybe on or more of the following: Flipkart, Amazon and/or Snapdeal.

Previous Lenovo to launch fast camera phone on May 18th?

Next Meizu MX4 Pro discontinued! Could the MediaTek investment have something to do with this?

Meizu talks about revolutionizing the home button with the m2 note