OnePlus keep it real and go open source by releasing the source code of the OnePlus 2 after only a few weeks after launching the device.

Chances are that unless you bought your OnePlus 2 from via a Chinese reseller, you are still waiting for an invite to buy the OnePlus 2 through official channels. This is true for a lot of OnePlus fans, but they can console themselves with the knowledge that custom roms might be available for the  2016 flagship killer by the time they receive it.

Keeping to the terms of using Android, OnePlus have already released the source code for the OnePlus 2. What this means is that developers can now get to the guts of the OP2 kernel and build their own custom roms. The code is available to download from from Github. 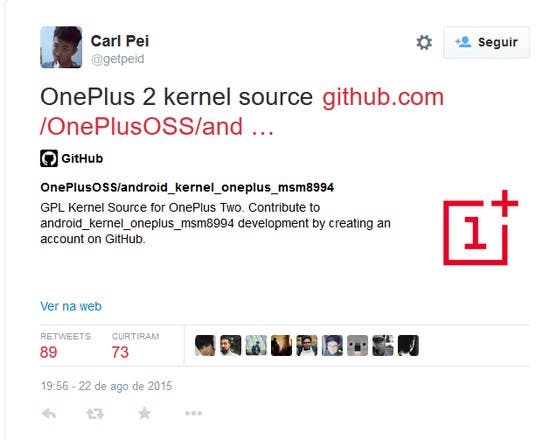 This year OnePlus and CyanogenOS official stopped their cooperation meaning that an official CM build won’t come to the OnePlus 2, however with source code third party developers can now work on bringing the popular system to the OP2. Other possibilities could be MIUI or even Flyme.

Previous New leaked pictures of the Huawei Nexus show the phones design and a curious looking back!

Rugged AGM X1 released its source code for the developers