The Shallots Metal has been officially released in China. 2 models are available both offering decent hardware, and the budget model even getting a Redmi Note 2 killing price tag.

Shallots are that well-known outside of China, but in the great country they have a cult following and are one of the first Chinese brands to focus on the smartphone market. Generally the company releases a few phones each year culminating in a flagship launch, but this year we have witnessed something different.

Today, 2 Shallots phones were released, not with the same ‘Metal’name, but both with differing price tags and specifications.

The entry-level Shallots Metal is a 5.5-inch phone that boasts a metal body and 1920 x 1080 display but costs only 799 Yuan ($124). For that price Shallots are clearly hoping to snatch up a few Redmi Note 3 customers, and from specs alone the phone has the goods. 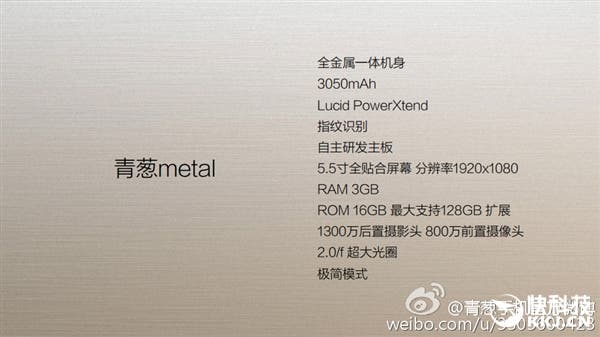 Details include 3GB RAM, 16GB internal memory, and SD support for a 128GB card. The phone also boats an 8 mega-pixel front camera, and 13 mega-pixel PDAF rear both with F2.0 apertures.

An octacore chipset runs in the phone but the company didn’t detail which model, and a 3050mAh battery powers the device with the help of Lucid PowerXtend technology which extends battery life via optimisation of the GPU.

Taking up the position of flagship is a 6-inch model with 2K (2560 x 1440) display. This larger model only costs 1999 Yuan yet packs similar hardware to the LeTV Le Max phone. 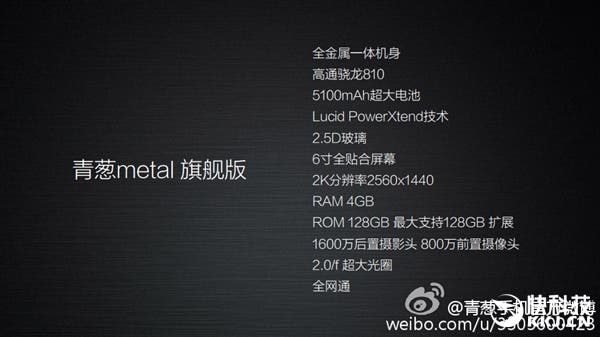 Other features include a fingerprint scanner on the rear, 5100mAh battery with quick charging, and the same GPU optimizations as the entry model.

Both phones also runs CONG OS, and Android based cloud OS, and will go on sale through JingDong Mall from the 12th December.

I have to say that these look like some of the more exciting Chinese phones we have seen in a while, and with pricing as low as this they are sure to sell fast.

Previous Elephone W2 is a 'traditional watch with intelligent functions'

Next ZTE Blade A1: First phone from a 'big' brand to offer fingerprint security below $100?

Gigaset ME Pro – journey back in time or a great deal ?

Xiaomi Mi Note should get Android 6 this week