Fast forward to now, we know that it’ll cost $64.99. A year or so back people would’ve lined up to get their hands on this baby, but there’s no dearth of budget $65 phones (the Picasso being one) on the market now.

Anyway, let’s take a quick look over the spec sheet of the iNew U3. There’s a 4.5 inch 854×480 FWVGA screen right on top, under which sit the internals: the quad-core MediaTek MT6735 processor, 1GB RAM, 8GB ROM, 5 mega-pixel rear camera, 2 mega-pixel front facing camera and a 1750mAh battery. There’s also an IR blaster which is definitely not a commonality on sub-$100 phones. 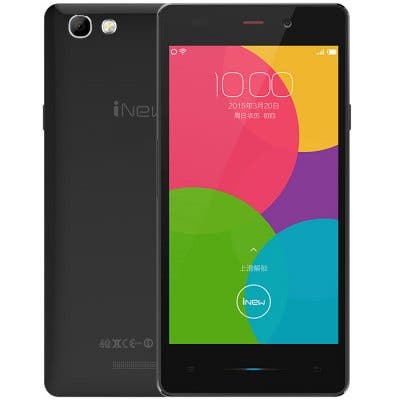 While the 1750mAh doesn’t sound too high capacity, what I can say about iNew is that the actual capacity and the claimed capacity are usually hand in hand, unlike some other companies.

That said, the U3 might be a worthwhile investment of $64.99 shipped if you’re looking for a budget phone. We probably won’t review the phone here, but there are other MT6735 phone reviews on GizChina you can take a look at.

iNew U9 Plus review – big and plastic