Rumours of a Meizu smartwatch have come to life today as Meizu launch the Mix analogue smartwatch.

The Meizu Mix looks like an analogue watch because that is what it is. It’s traditional design and choice of styling is going to appeal to those who don’t what to look like they are carrying around a lot of tech, but inside there are a few neat features. 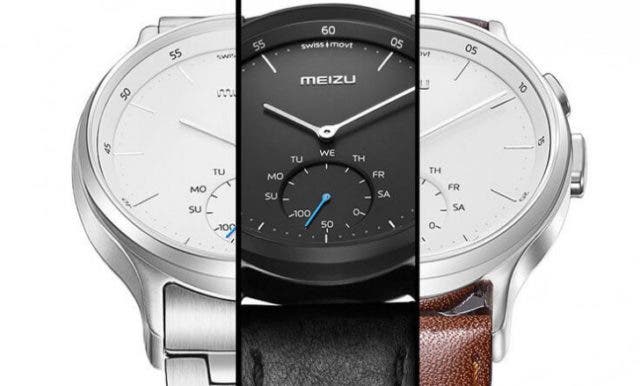 We’re hoping that the quality of the Meizu Mix is up to scratch as the rather limited smartwatch isn’t at all cheap considering the features it has to offer. Pricing starts off at 1000 Yuan for a silver and denim version, rising to 1300 Yuan for the leather model and topping out at 1500 Yuan for a metal strap version.

Meizu will only be releasing the Mix if it meets it’s crowdfunding target, and then the wearable will be available from October.

Next Huawei G6 Plus, 16 mega-pixel and OIS launched in China