Xiaomi surprised us once again, after announcing the Mi 5S which wasn’t exactly as we expected — no dual cameras among other stuff. But… they just launched the Xiaomi Mi 5S Plus which actually has two rear cameras!

The Xiaomi Mi 5S Plus sports full-metal design, a 5.7″ screen and it’s powered by the fastest Qualcomm Snapdragon 821 clocked at 2.35Ghz. 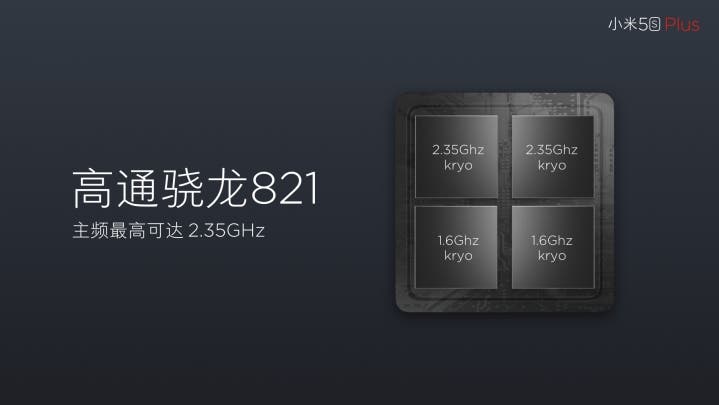 The two cameras will be both 13MP from Sony and will differ as in one has a sensor which captures colors while the other one is only black and white, just like what happens on the Huawei P9. The two lenses can be used alone but can also work simultaneously through ClearSight technology, thus giving richer details and less overall noise.

In addition to that the dual camera setup doesn’t protrude from the back. Below the cameras we find a fingerprint scanner.

On the front we find a 4MP Ultra-pixel sensor with 2μm pixels, an aperture or f/2.0 and a 80° degree wide angle lens. 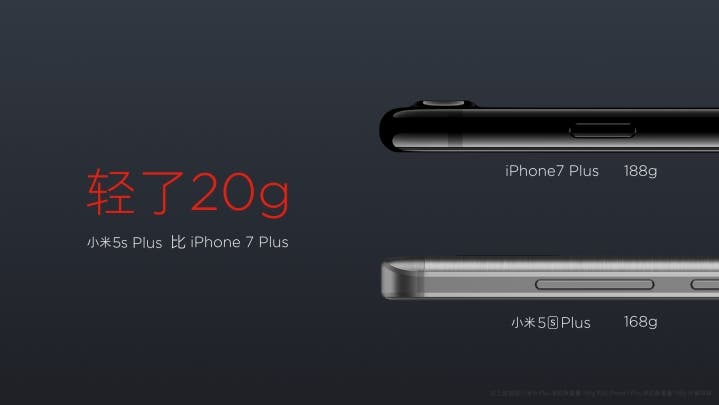 The Xiaomi Mi 5S Plus features NFC (to work with Mi Pay) and 4G+ connectivity, along with carrier aggregation. The Wi-Fi chipset supports ac dual band Wi-Fi with MIMO technology, Wi-Fi Direct and Wi-Fi Display. It’ll possible to use two SIM in dual standby mode with 3 x CA support. Other than that, you also get an infrared which is still a neat feature to have.

The Xiaomi handset carries a 3800mAh battery chargeable with Quick Charge 3.0 and it will come in two versions, the cheaper one with 4GB of RAM and 64GB of internal storage (UFS 2.0), and the pricier variant with 6GB of RAM + 128GB of built-in memory (UFS 2.0). 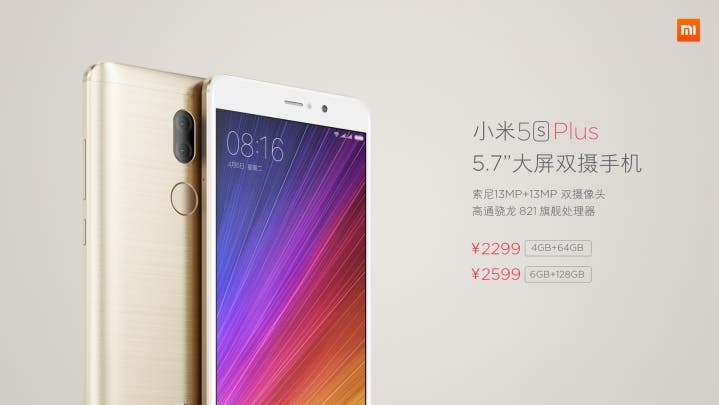 The Xiaomi Mi 5S Plus will be available in four colors: silver, grey gold and rose gold / pink. 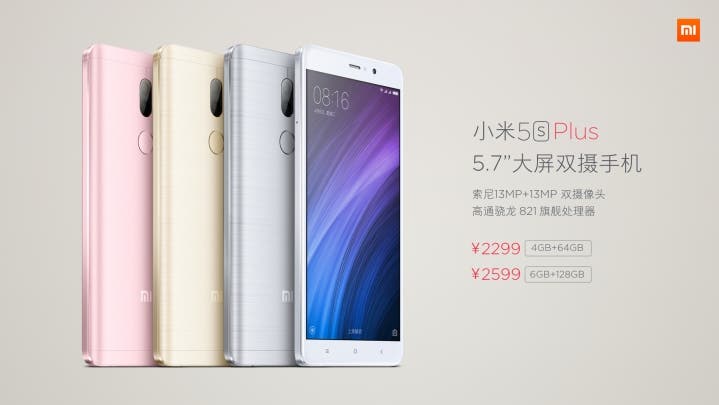