If you’ve been around for a while, you’d have noticed the tonnes of Z8300-powered tablet and laptop launches that have graced the GizChina homepage. Trust me, we don’t even report half of them! 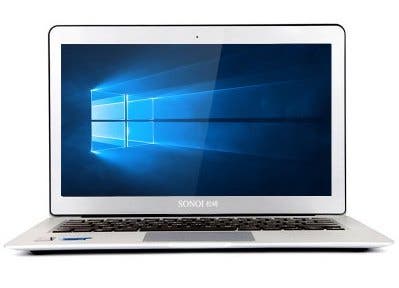 Fast forward, we’ve just learnt about a new laptop from China (yes, it does look like the MacBook) that doesn’t run on the Intel Z8300. This time around, we’ve a slight variation, and it features the Intel i7 6500U chip. But natural, it isn’t $150 cheap but still not too bad at around the $580 mark.

Interestingly, it’s charged by a 5V adapter — you might just be able to charge the SongQi F6C with a typical phone power bank! Interested parties can get one for $580 right now, with shipping scheduled to commence 31st October.

It’ll be interesting if someone could turn it into a Hackintosh system.

Previous Uhans A101 gets an OTA update, gets issues fixed

Next Bluboo Picasso 4G or Bluboo Mini for under $10 ?