It seems that Meizu VP knew what he was talking about when he leaked that a new mid-range smartphone will be announced soon. That’s why this press invite was postes on Meizu’s Blue Charm Weibo page yesterday, revealing all the necessary information regarding Meizu E2. 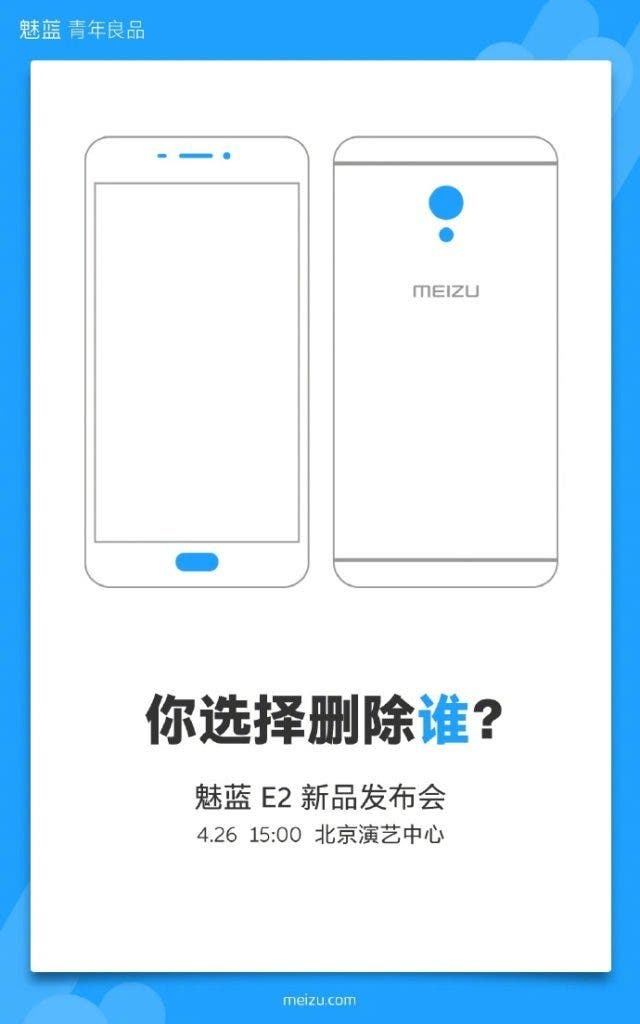 First of all, this is a mid-range (possibly budget) Android smartphone, planned to be unveiled on April 26 at the Beijing Performing Arts Centre. The launch event will kick off at 15.00 hrs in case you’d like to be around there 😉

We have no official information on the technical specs or design of the purported model, but judging from the press invite, it seems to follow the classic “Blue Charm” figure, with improved screen/body ratio and a Home button with fingerprint scanner.

Meizu’s VP (Li Nan) had promised however a smartphone with an innovative, attractive design so perhaps we’re in for a surprise. In any case we are ready for the event and you’ll be the first to know when the Meizu E2 is officially announced.

Previous Nokia 6 Silver: sold out once again in minutes, ready to become a best seller

Next The Alcatel Idol 5 shows up on GFXBench

Meizu And Blue Charm Could Split