This comes from the most official lips, and verifies that Xiaomi Mi Max was one of the most successful phablets of 2016 – according to the numbers. The device was launched back in May 2016 and during the first two months of its launch more than 1.5 million units were sold, during a “Xiaomi” frenzy all over the world. 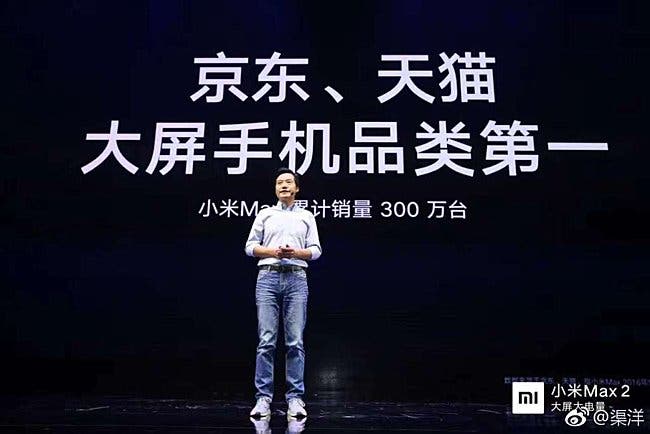 The confirmation for all of the above came from Chinese company’s CEO Lei Jun during the Mi Max 2 unveiling event, a device that will try to succeed a highly successful model, equipped with the same 6.44 inch full HD display, a Snapdragon 625 SoC, 4GB of RAM and two storage variants at 64 and 128GB. The phablet pack a 12MP main camera, a 5 MP selfie camera and a massive 5300 mAh battery.

Next Huawei Honor 9 pays a visit to TENAA