Presale period for the long awaited Bluboo S8 has just started and the chinese brand is going at it in style, offering some pretty special prices for the first week of it. It can go as low as $74.99, which would at first glance indicate some budget device, but this phone is certainly not that.

Bluboo S8 is more like a solid midranger with respectable hardware including 5,7-inch screen with 18:9 aspect ratio and weird 1440×720 pixel resolution, MT6750T processor, 3 GB RAM, 32 GB of storage, 3450 mAh battery, 16MP+3MP Sony rear dual cameras, 8MP selfie snapper, fingeprint scanner in the back and the company’s own 360 OS system built on top of Android 7.0 Nougat with some added security features. 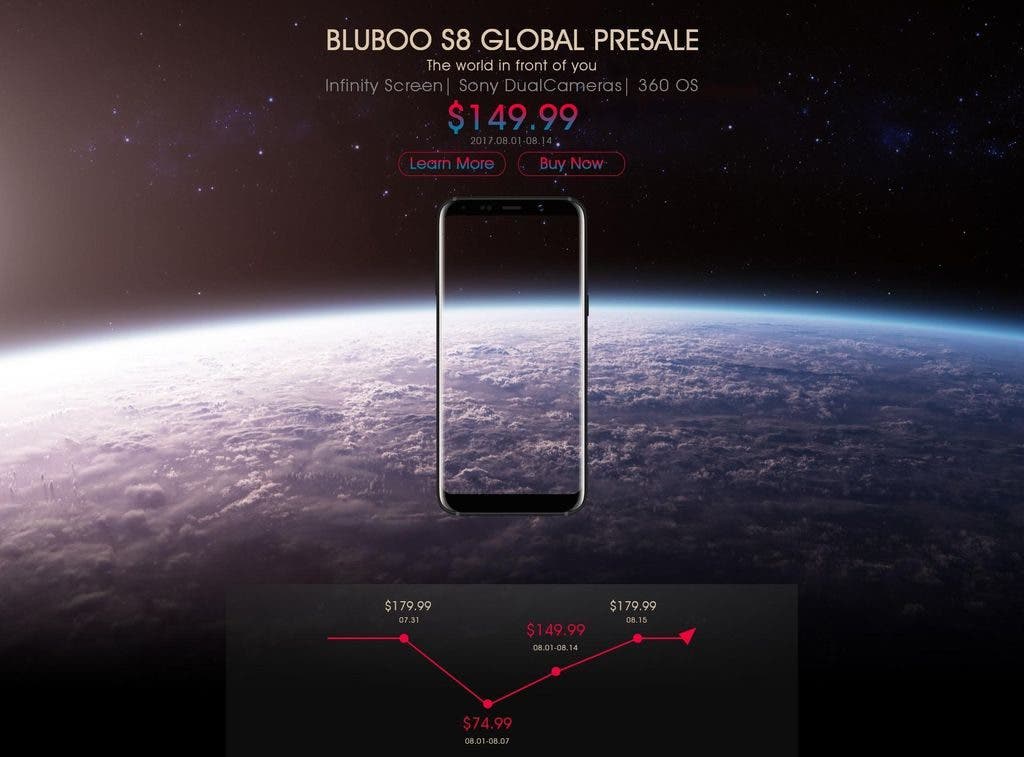 The presales are starting today on August 1st and will be raging until August 14th with a special price of $149.99. There will be also the Half Price event every day at 9:00 UTC with ten phones handed out dirt cheap for $74.99 during the first week. You can also snap up a free Dacom Bluetooth headset worth 50 bucks if you are among the first 20 buyers every day. 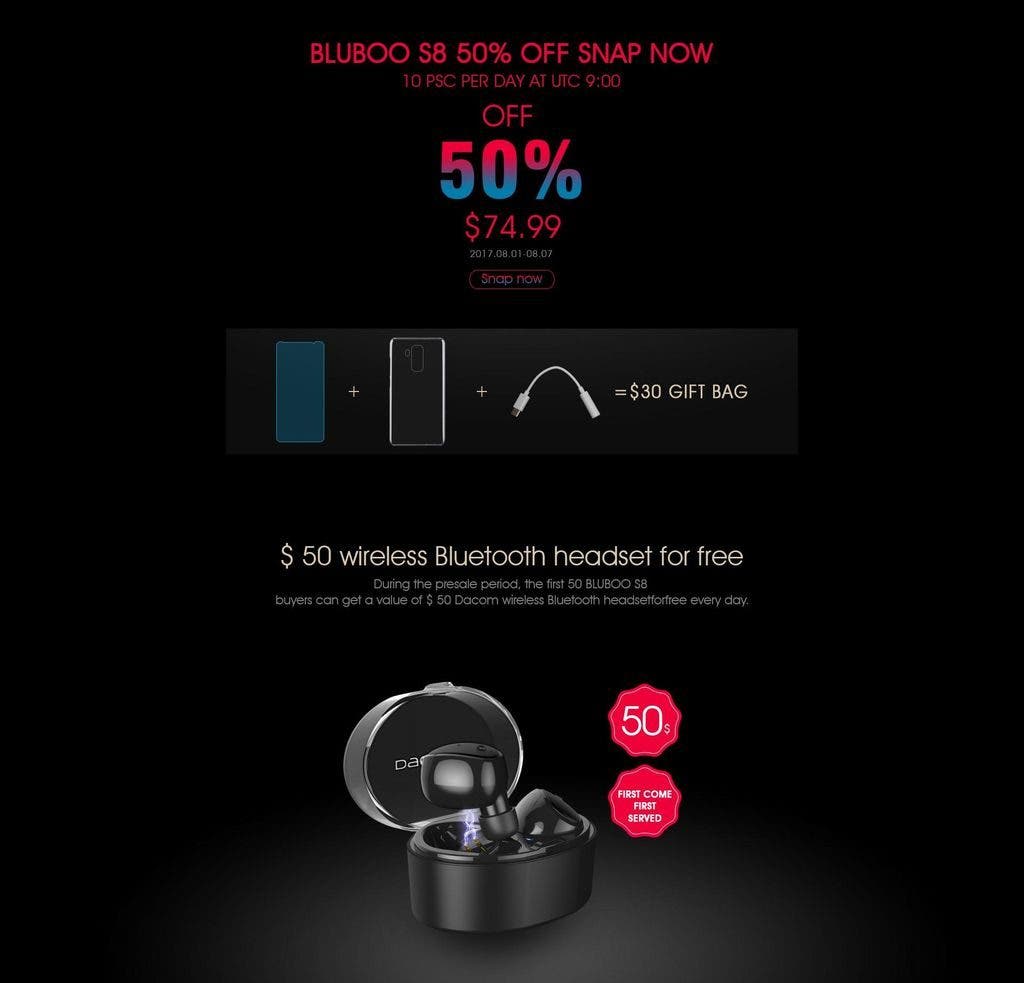 Last but not least comes the offer on Banggood with some extra free goodies included, you will be getting Anti Blu-ray tempered glass, phone protective shell and Type-C to 3.5mm headphone jack adapter. Check it out.

Pre-order the twilight color OUKITEL U25 Pro for just $99.99