A new mystery model with code name Sony G8441 appeared earlier on Geekbench for the necessary performance tests, and sources say that we may be seeing the very first benchmarking results of the Xperia XZ1 Compact model. 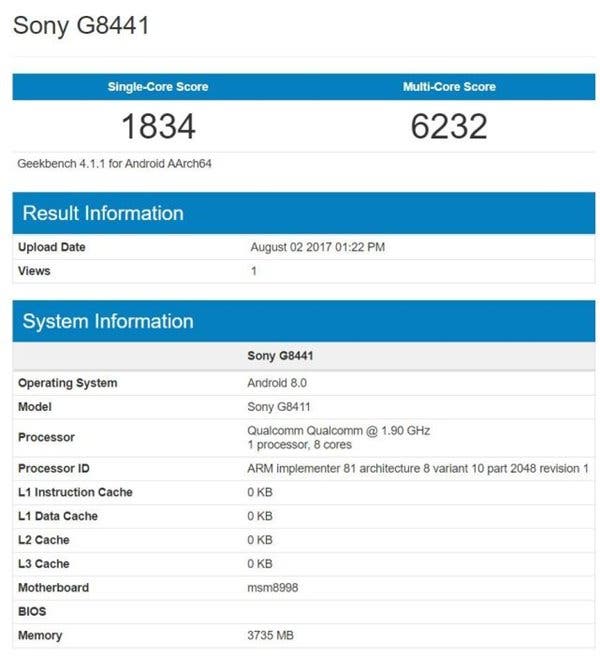 If we are to trust what we read, then the XZ1 Compact should be equipped with a powerful Snapdragon 835 SoC, along with 4GB of RAM. The device runs on a developer version of Android 8.0 but this shows that it should be available out-of-the-box with Android 8. Some previous reports hinted that the lilliputian flagship could pack a 4.6 inch display with HD resolution and a 2800 mAh battery with impressive performance and really decent battery life. We expect to see Sony’s Xperia XZ1 Compact officially on August 31, a day before the grand opening of IFA Berlin.