Samsung hasn’t unveiled yet a full list of which smartphones will get a taste of Oreos (Android 8.0) but this was a bit unexpected! A Samsung Galaxy S8 model was spotted recently on Geekbench for some… performance issues and it was running on the latest major version of Google’s operating system. 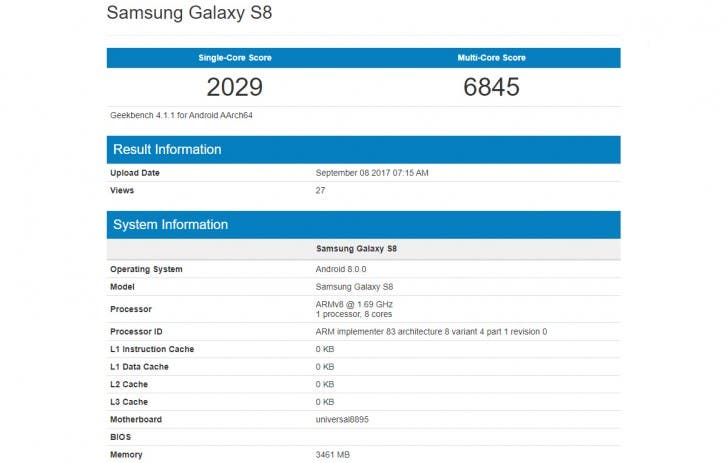 The Geekbench listing reveals that the device was equipped with an Exynos 8895 SoC and scored an impressive result – however it wasn’t higher than what we already get when we put our own Galaxy S8, running on Android 7 Nougat.

After this benchmark result, we expect first Samsung to officially announce a full list of Android 8 Oreo compatible devices and then the update to roll out eventually.

Next Gionee M7 to be officially unveiled on September 25