In fact, the only useful features the device got to its credit include metallic design with a rear fingerprint sensor and a 13-megapixel camera.The device is also reasonably priced at about Rs. 11,999/$184. 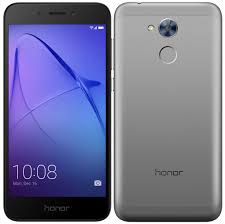 The Huawei Honor Holly arrives with a compact 5-inch HD (720×1280 pixels) display with a Snapdragon 430 SoC (four Cortex-A53 cores clocked at 1.4GHz and four clocked at 1.1GHz) coupled with 3GB RAM under the hood. You can get the device only in 32GB storage which can be expanded up to 256GB with the use of a microSD card.

As for photographic properties, the device only boasts of a single 13-megapixel rear camera with dual-LED flash, PDAF and a 5-megapixel front camera.

The device boot Android 7.0 Nougat with EMUI 5.1 out of the box and packs a 3020mAh non-removable battery. Other features worth mentioning include 4G VoLTE, Wi-Fi 802.11 b/g/n, Bluetooth v4.1, Micro-USB with OTG support. Sensors on board include an accelerometer, ambient light sensor as well as proximity sensor.

The device is already available for purchase from Honor partner stores across over India.

Previous Nubia Z17s might be launching on the 12th of October

Next Huawei beats Apple, as more people in China prefer the former