Earlier this year, OnePlus 5 was unveiled after so much fuss. At the time, the speculations sounded like the OnePlus 5 was going to be the “best” device from OnePlus for a while. However, its successor, OnePlus 5T just appeared on GFXBench with a better camera than its predecessor. 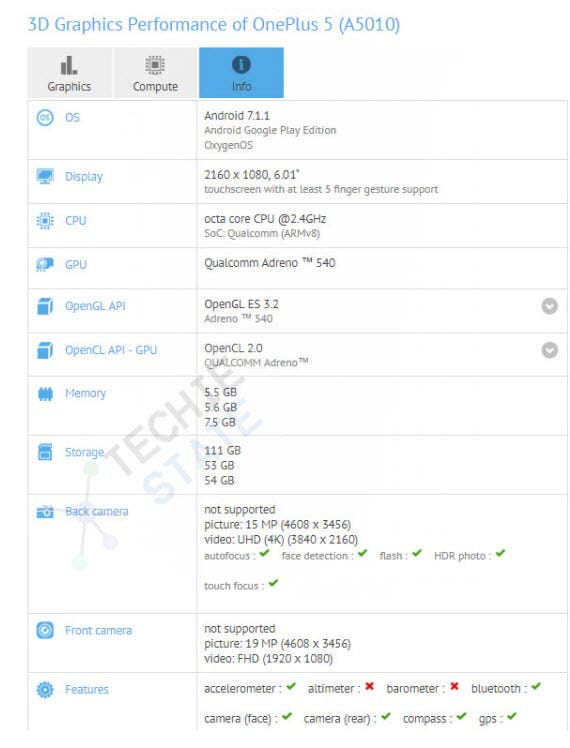 This device is listed as A5010 and has an 18:9 Full HD 6.01-inch display with 2160 × 1080 pixel resolution. It comes with a Qualcomm Snapdragon Octa-Core 2.4GHz processor coupled with 6GB of RAM and 64GB of internal storage or 8GB of RAM and 128GB of internal storage space. In the camera department, we have a 19MP (maybe 20) selfie camera which is an improvement to the 16MP sensor in OnePlus 5 while the rear camera is a 15MP shooter. Finally, the device is listed with Android 7.1.1 Nougat, but possibly when it is released, it will likely come with Android 8.0 Oreo. OnePlus 5T is expected to be released in later this month.