The leaks of Samsung devices advance very quickly. The Samsung Galaxy Note 8 has just been presented, and we already have information about the Samsung Galaxy Note 9. The Galaxy A family of 2018 has followed a similar line – although possibly not as promoted as the company’s high-end models. In any case, earlier today, thanks to SamMobile, we learned a few more details about the upcoming Galaxy A5 2018 model and its display.

I guess these could be good news for fans of screens with new format. The Samsung Galaxy A5 2018 will include an “infinity display” design, just like the Samsung Galaxy Note 8 or the Samsung Galaxy S8+. In addition, it will preserve its characteristic format, that of 18.5: 9. We had already read about this screen in some other filtration, but according to the source, it can be confirmed. We should point out that the filtered report that shows this feature does not mention anything of a curved screen. Most likely, they continue with the flat screen trend. On the other hand, it does not clarify the resolution that this panel could have. The leak also gives indications that it will come with Android 7.1.1 Nougat, and not with the latest version of Android available.

Samsung Galaxy A5 2018, other details and rumors 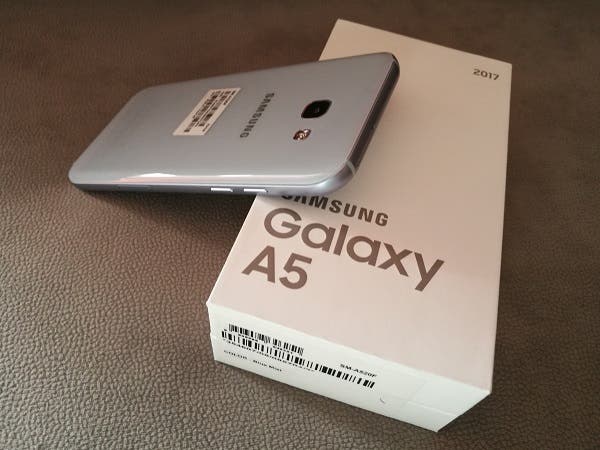 It is not yet clear when the Samsung Galaxy A5 of 2018 will be presented. Rumors point to a presentation later this year, but it is unlikely.  We also do not know if it’s other brothers (Galaxy A3 and Galaxy A7) will come with this technology on the screen. Other rumors mention a design very similar to the Galaxy S8. In addition, they would come with extra features, such as Exynos processor and dual camera. Of course, also with a fingerprint reader, which will become part of the rear area due to the bezel-less front side of the device.

Next Gizchina B2B shop is here! Buy products directly from the factory line with just a click!