A mysterious Sony device appeared in the realms of GFXBench today. According to the leaked shot the handset codenamed as H3213 can be the very first Sony’s handset to sport a dual camera setup.

The dual camera trend have started on the past few years, but grow in numbers just in 2017, with a lot of device makers following the trend with their dual camera capable smartphones. Sony couldn’t catch up in the game with the other manufactures until today, but this can be changing soon according to the GFX database. 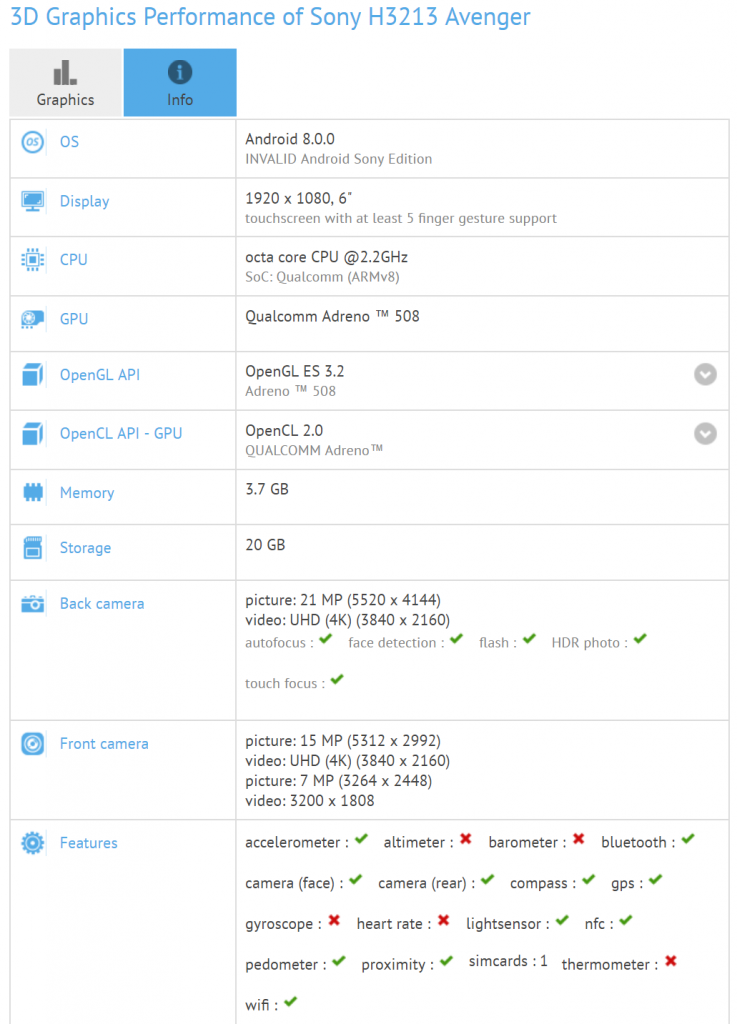 GFXBench’s listing indicate that the H3213 Avenger will sport two front facing cameras, so that will not only be Sony’s first dual camera handset, but judging by the info, will also come as a selfie centric smartphone. The front cameras are listed as a 16MP unit coupled by another 8MP unit.

The unannounced device will sport a 6-inch display with a 1080×1920 resolution, no 18:9 aspect ratio, sadly. The power will be ensured by a Snapdragon 630 coupled by 4GB RAM and 32GB of onboard Storage. On the rear the phone will sport a single 21MP camera capable of recording 4K footage. The H3213 also runs Android Oreo 8.0 out the box, being one among the few handsets officially running the newest Google’s release.

The handset clearly sits as a mid range judging by the processor and specs, judging by its size this could easily be the Xperia XA Ultra successor. However since there is no other consistent proof or official clue pointing the handset true identity or name, all we can do is study this leak and wonder what Sony will be bringing in the future for their fans and enthusiasts.