Rumors concerning the 360 N6 Pro have been buzzing the net for a while. First, it’s been said this phone will be unveiled on November 21. But later it became known the company had set a new release date for this device. It’s November 28. So only a couple of days have been left before the official announcement of the first full-screen of 360 Mobiles, but there has been no certain information referring to the handset. Today a fragment of the 360 N6 Pro’s packaging has been spotted in a spy photo revealing some info concerning its features. 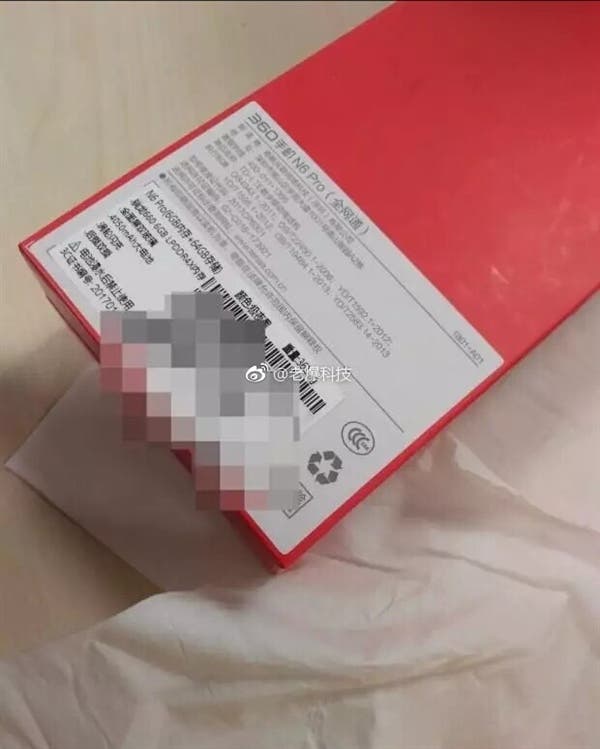 Accordingly, the 360 N6 Pro will be packed with a full-screen with a resolution of 1080 × 2160 and aspect ratio of 18:9. Note no source mentions the screen size, but it’s supposed the N6 Pro will come with a 6-inch display. As for the hardware, the printing on the box shows the phone will be equipped with a Snapdragon 660 super mid-range chip that is also paired with a 6GB LPDDR4X RAM and 64GB of internal storage. The battery capacity is 4050mAh that also supports a flash charge technology. At last, the N6 Pro sports a dual-camera placed on the back.

All the aforementioned features showcase we are dealing with a super mid-range smartphone coming our way from a newly founded company. But the 360 N6 Pro is going to make a tough competition to all those smartphones that come with an identical specs list. If you still don’t get what devices we are talking about, just know they include the Oppo R11/R11s, Xiaomi Mi Note 3, Vivo X20, Smartisan Nut Pro/2 and others. They all are priced at around $400. So if the company want to look more attractive when compared to these models, it should set a lower price for its flagship. Alas, we have heard quite opposite.

Next UMIDIGI S2 Pro teardown video after a water bath