The largest full-screen phone dubbed as the Gionee M7 Plus has been leaked on all possible platforms including AnTuTu, GFXBench, TENAA, and so on. It has been launched along with other 5 models a couple of days back. The fact we are dealing with a 6.43-inch is quite sufficient to keep our eyes wide open and wait for this amazing device. But there are other great features deserving our attention as well. Among them we can mention a 2.5D arc glass on the front, FHD+ resolution screen, a Snapdragon octa-core chip clocked at 2.2GHz, 6GB of RAM, dual-camera on back using an 8+16MP sensors combination, an 8MP front shooter, Android 7.1.1 out of the box, and 5000mAh capacity battery. We want to focus on the latter, as there are a few amazing things you should know about this battery and its charging. 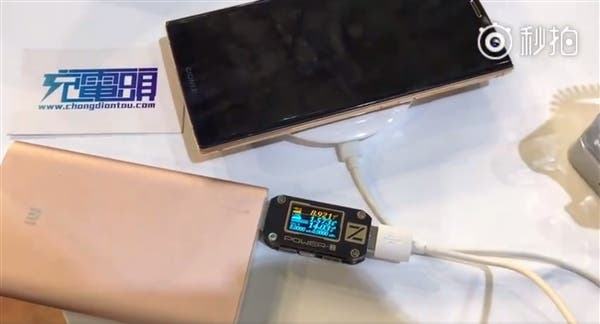 The phone has been launched just recently but some geeks have already managed to test its charging capabilities. As the photo shows, the Gionee M7 Plus is capable of being charged wirelessly at 14W input power. This is an excellent result for the wireless charging. So there is every reason to think the M7 Plus’ fast wireless charging will become a mainstream in the smartphone market.

Next dodocool Celebrates Cyber Monday - Up to 70% Off!