The Redmi 5/5 Plus are 2 of Xiaomi’s upcoming toys much anticipated in China and neighbouring India. The Chinese phone maker will be holding a curtain raiser tomorrow to make the duo official, as official teasers say. However, we’ve got some nuggets of info regarding the specs of the 2 budget phones. The info comes via a leaked image of the real-life handsets. The pictures show what major specs the 2 handsets will have. 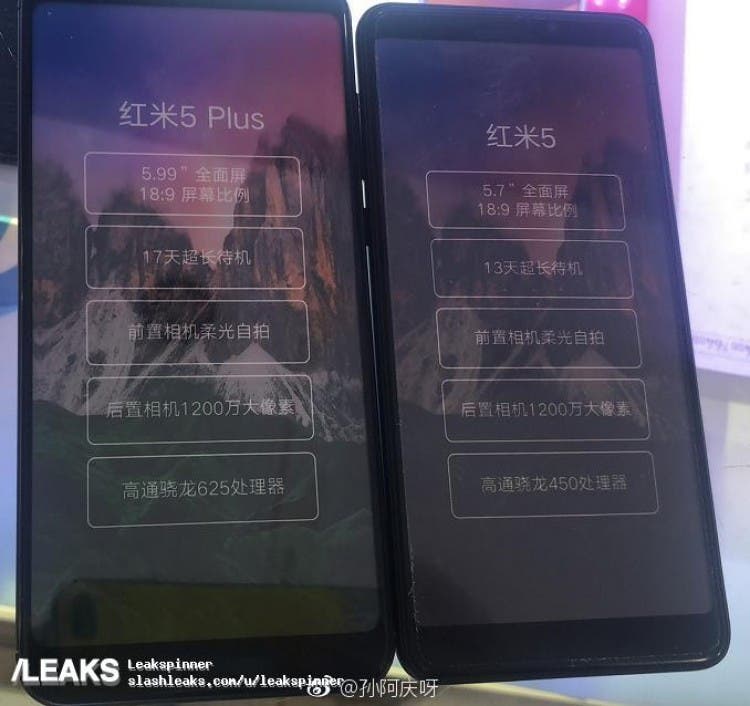 As you can clearly make out from the image above, the Redmi 5 Plus will be the bigger sibling of the two accommodating a 5.99-inch panel with 18:9 aspect ratio. It will also come with a Snapdragon 625 SoC. Another piece of info corroborating with previous leaks is the 12 MP camera on the rear. Both the Redmi 5/5 Plus will come with the same single shooter at the back.

On the other hand, the Redmi 5 will have a slightly smaller 5.7-inch display with the above-mentioned aspect ratio. It will harbour a relatively modest Snapdragon 450 chip under its hood.

In related news, pricing of both the handsets was leaked on AliExpress. The pricing, while realistic, is unofficial. Readers should beware that actual pricing may differ a bit from the leak.

Previous Xiaomi Mi MIX 3 Renders: Nothing Common With The Expectations

Redmi 5 Plus start to receive MIUI 9.5 Global ROM at India