Only a few days have been left before the official announcement of the next full-screen phone coming our way from 360 Mobiles. Though the company first launched the Pro variant, many customers are eagerly waiting for the regular version that is set to hit the market on December 12. But too little people are aware of its lighter variant dubbed as the 360 N6 Lite. As the name suggests, it will come with slightly ‘weakened’ hardware. Today the complete specs list has been spotted. Let’s take a glance at it.

First, like its sibling, the 360 N6 Lite comes with a metal housing. But it is not packed with a full-screen. The screen size is 5.5 inches. Resolution is 1080p, but the aspect ratio is only 16:9. As for the hardware, this model still sports a Snapdragon 630 that is paired with a 4GB of LPDDR4X RAM. As we can see, these two models will come with the latest LP-DDR4X memory, which provides a lower voltage as well as additional improvements including a single-channel die option for smaller applications, new MCP, PoP, and IoT packages. The rest of features include an 8MP front shooter, a 13MP rear camera, and a 4020mAh battery. Though this is a quite large battery capacity, it is way smaller than the 530mAh battery of the regular variant. 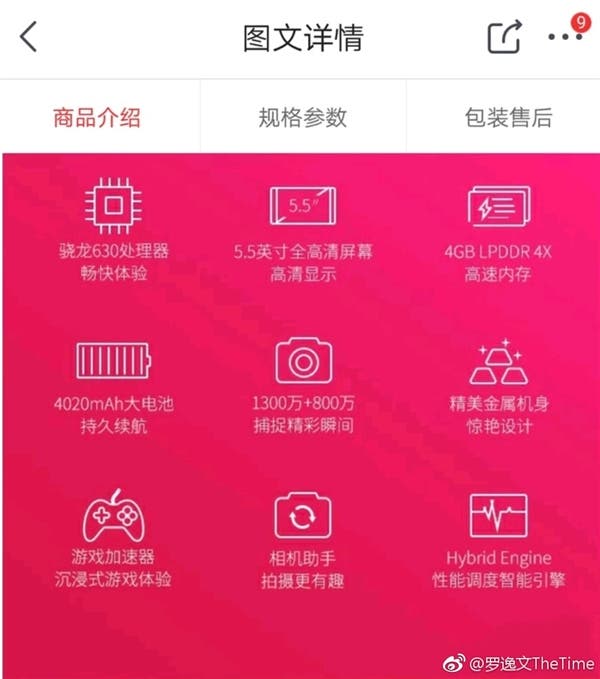 In comparison to the regular variant, the 360 N6 Lite comes with almost the same hardware. Especially this statement refers to the processor, camera modules, memory technology, and the material used in the body. But there are obvious differences as well. Say, the N6 Lite will feature a non-full-screen with a smaller size, a smaller battery, and so on. So it’s a bit confusing what niche it is targeting on.