Honor has just sent out invites for a smartphone launch event scheduled for December 13. The launch teaser for the event was posted 2 days back on Chinese social media. As is typical with teasers, it doesn’t explicitly state what product they will unveil at the event. But there is a hint that can help us in our guesswork. 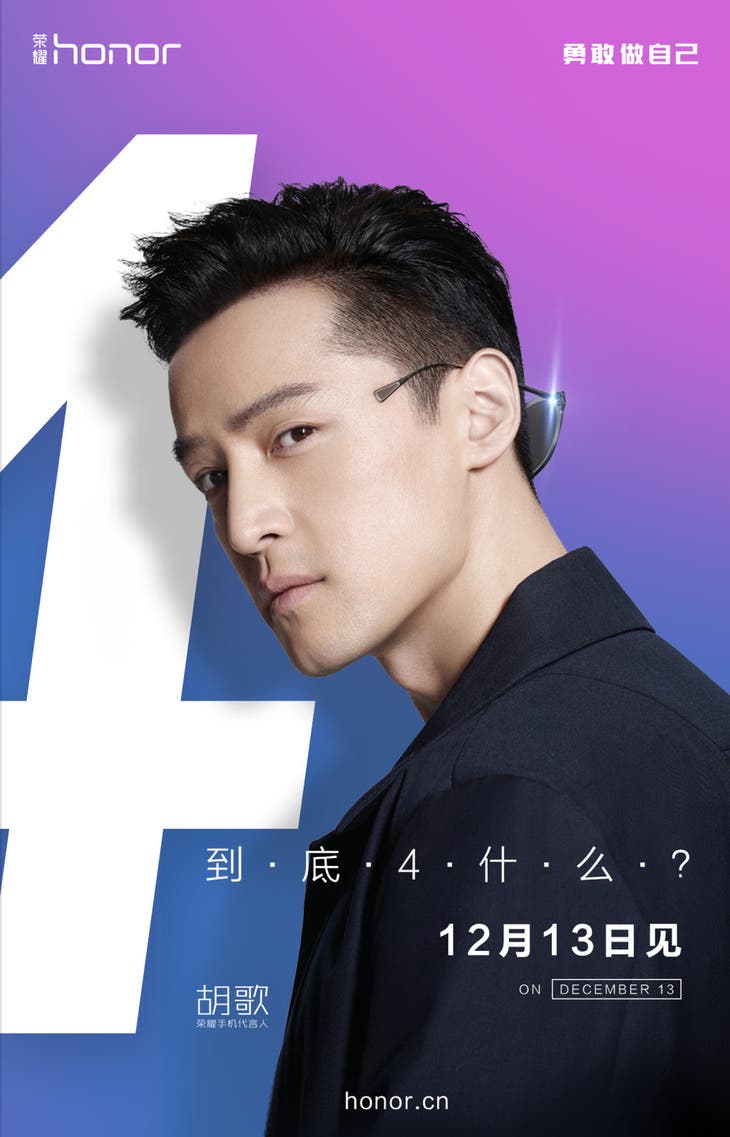 We think this might be an Honor Magic 2 launch event. One of the things that made the Honor Magic stand out from the crowd were its curved edges. The phone was curved on all 4 sides at the front. If you look at the teaser, there is a big “4” in the background of the image. The number in the teaser might be a hint to that. It doesn’t necessarily mean 4 curves but other things like 4 cameras are already present on devices like the Honor 9i. Also, the company recently discounted the Honor Magic by 1000 Yuan just a week back. But, we won’t get ahead of ourselves and leave it to you to decide what surprise the event will bring us. The Honor Magic 2 would be a sequel to the Honor Magic that never made it outside of China. 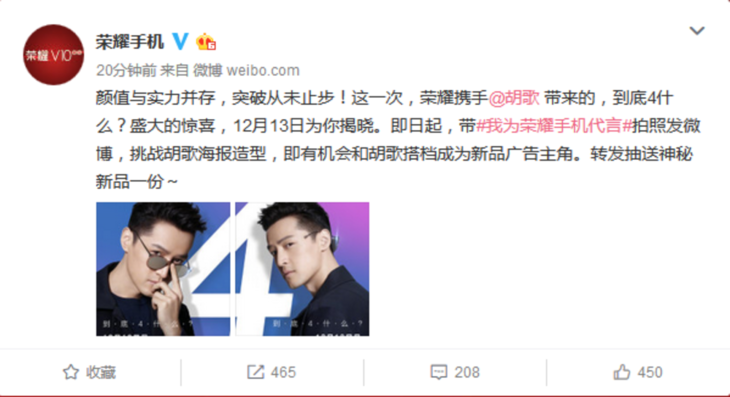 If you’re a hardcore smartphone enthusiast than you might remember Honor launching the device on December 16 last year, although as a concept device. The timing of the teaser is another hint. Honor’s new exceptional device was not your conventional regular smartphone, it was ahead of its time. It offered features like contextually aware AI, dual cameras, the fastest charging graphene batteries, and curves when these things weren’t mainstream.

Let’s see what new product Honor launches on December 13. And if it is an Honor Magic 2, let’s hope it’s not China exclusive this time.