7 years ago when Xiaomi was founded, it got the title of the fastest growing start-up. Last year this company was under the danger due to poor sales. But thanks to the business model adopted by this company it could rise again. The advantages of its business model it the niches Xiaomi invests. Among them, the smart home system is one of the most successful markets it has entered. There are over 100 smart products launched via its sub-brand named Mijia. Probably, many of you are familiar with the Xiaomi Mi Robot Vacuum and its successor dubbed as the Roborock Sweep One launched recently. Both models are the best offers in the Chinese (and not only) market. And though there are a few other brands focused on this niche such as iLife, none of them is capable of facing the challenge. Probably, 360 Mobiles, which has been specialized in making budget smartphones with great hardware, doesn’t like this monopoly. Yesterday, as planned, it launched the first smart cleaner of the company named the 360 Sweeping Robot. 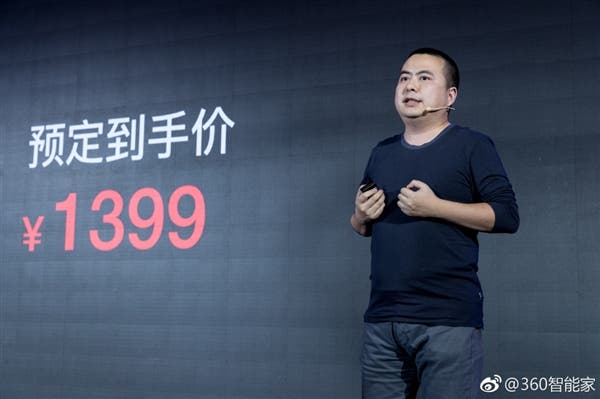 We are talking about the Xiaomi Mi Robot Vacuum because the 360 Sweeping Robot has been designed to compete with it especially. It comes with identical features. Say, this smart cleaner works on LiDAR SLAM algorithms to scan the room and avoid obstacles during the operation easily. This not only protects itself but also preventing from damaging the furniture. LiDAR stands for Light Detection And Ranging, while SLAM stands for Simultaneous Localization And Mapping. As for the 360 Sweeping Robot, it comes supports two kinds of cleaning – it can sweep the floor or remove dust.

Like the Xiaomi sweeping robot, this one supports remote control via the APP. It allows to scan the entire room, select the cleaning mode, etc. the 360 Sweeping Robot is capable of cleaning up to 200 square meters in 2 hours on a single charge. But if the power gets the critical state, the cleaner will find the charger and get charged automatically.

Previously, 360 Mobiles has launched other smart products. So with the launch of the 360 Sweeping Robot, it makes another move forward. This product is priced at 1399 yuan ($212).

Next Sony Xperia XZ2 in the works?