Indonesia is among those markets where Xiaomi has entered officially. Can’t say it’s one of the most attractive markets for the manufacturer, but it pays too much attention to it. As a result, it’s become one of the most recognizable brands in the country. Moreover, two of its smartphones have won an award. Those phones are the Xiaomi Redmi 5A and Mi A1. 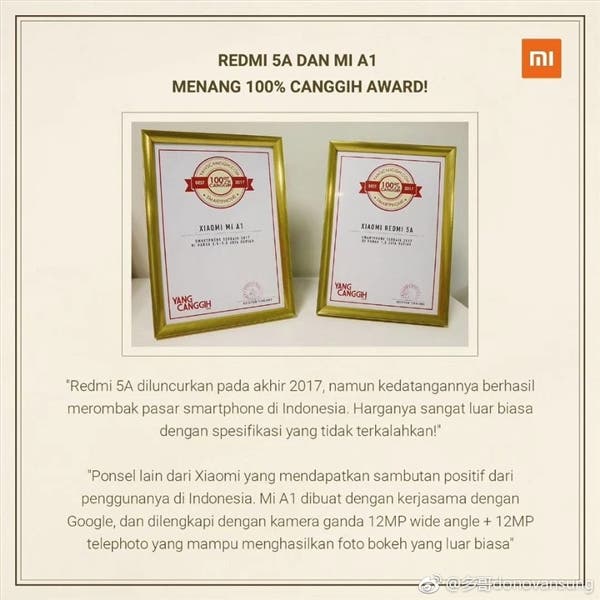 As the spokesman said, the Xiaomi Redmi 5A changed the whole Indonesian smartphone market due to its affordable price tag and great performance. As for the Xaiomi Mi A1, it’s first Xiaomi phone to participate Google One program. Thus it comes with a pure Android as well as great shooting performance due to its dual-camera module.

Actually, Xiaomi went to Indonesia back in 2014. So there have been many models launched till the date. Among them, we can mention the Xiaomi Redmi Note 5A, Xiaomi Mi 5X, Redmi Note 5, and many more. But only those two models won an award.