We are getting closer to the March 27 launch event of the Huawei P20 series in Paris, so its only natural that we are getting to see more leaks. And while most of the buzz has been around the Huawei P20 Pro with triple rear cameras, not much has been revealed about the base P20 and the P20 lite.

Today, more detail has surfaced about the Huawei P20 lite courtesy of the ever-reliable leaker Evan Blass who has procured a new image of the P20 Lite flaunting a similar notch-design as the P20.

The image shared by Blass shows the front and rear panel of the device clearly, and aside from the controversial “notch” along the top of the screen where the front facing cam resides, the P20 lite is seen with extremely thin bezels all round bezel.  At the back, we can see the dual-cameras vertically placed to the left, while a fingerprint sensor sits beside it.

As per prevailing reports, the Huawei P20 lite is expected to come with a 5.6-inch 1080 x 2250 fullscreen display and powered by n octa-core Kirin 659 chipset coupled with 4GB of RAM and 64GB of expandable internal storage.

It is rumored to arrive with a 16MP dual rear cameras with LED flash, Leica Lens, and Hybrid zoom, while a 3520mAh battery will keep it on. 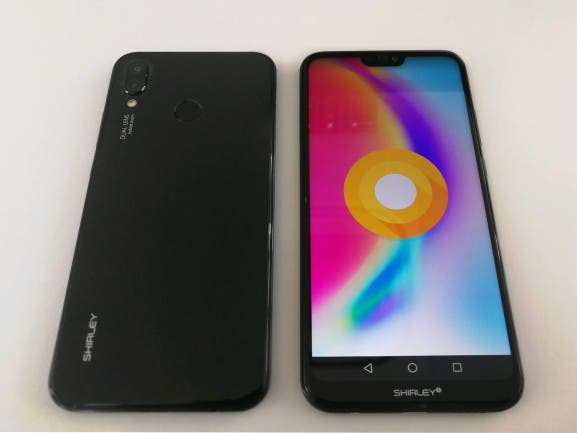 The launch date is still far off, so we expect more details about the device and other members of the series to surface in the coming days.