The ‘weakest’ feature of the first and second generation Xiaomi Mi MIX smartphones has been the rear camera. As we know, the manufacturer didn’t put two (or more) sensors there. And in terms of photography, the Xiaomi Mi MIX has had nothing to boast of. The rest of features including the hardware and appearance were astonishing. But everything is going to change with the launch of the Xiaomi Mi MIX 2S that is set to release on March 27.

The manufacturer has already officially announced it will hold a conference in Shanghai instead of Beijing on March 27 and will uncover the upgraded variant of the current model. Actually, the company didn’t name it the Xiaomi Mi MIX 3, because the front panel should be changed a little. Earlier we have heard this handset will be using the iPhone X-like bangs screen. Later the net was buzzing as the Mi MIX 2S will be packed with a comprehensive screen with a front camera on the upper right corner. But the official posters, as well as a few leaked photos, showcase the Mi MIX 2S will be using almost the same design as the current model. The only improvement refers to the narrowed chin only.

So what changes it will come with? Today another poster has been published showing a bright moon reflected below. This simply means the manufacturer hints at a dual-camera. So the Xiaomi Mi MIX 2S will be the first dual-camera smartphone from this line. Moreover, it’s rumored the night shooting capabilities will be improved a lot. The poster hints at it as well.

The second major change refers to the chip. We know it will be packed with a Snapdragon 845 chip that scores up to 270K at AnTuTu. But have had no doubts concerning the hardware. So it’s quite expected. We are more interested in appearance. Today it’s also been rumored the Xiaomi Mi MIX 2S will continue using its predecessor’s all-ceramic housing. We know the production process of ceramic bodies is way more difficult than using other materials. But it also provides the best touch feelings and antenna signal transmission. So the Mi fans should be happy to hear this news. 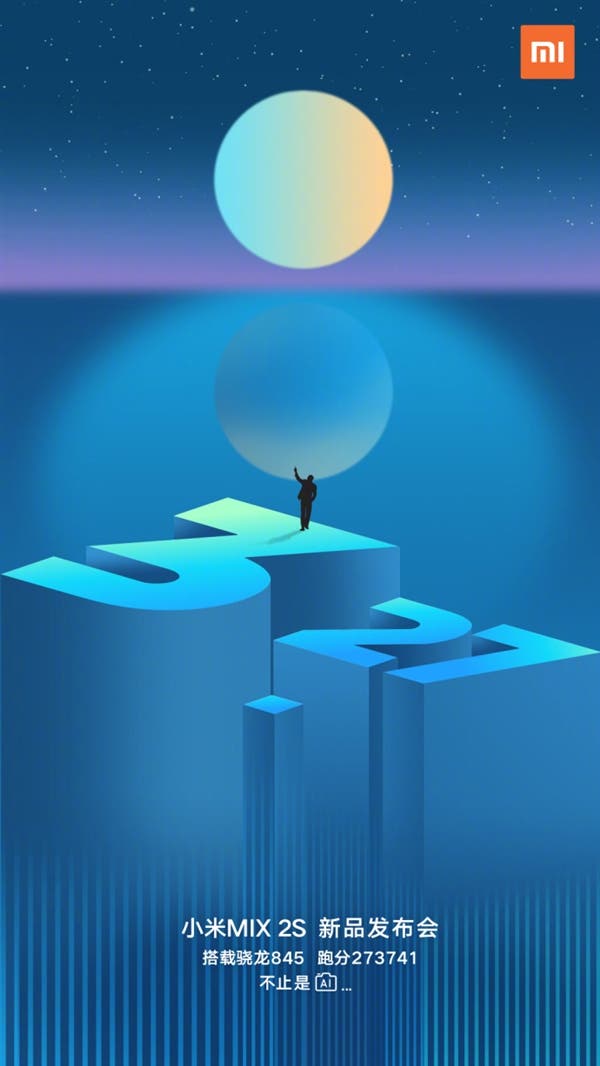