Huawei Nova 2s is a full-screen smartphone which was launched by Huawei in December 2017. Presently, this device is available in light blue, silver diamond, black stone, pink gold and Acacia red. However, the company has announced the Monument Valley customized version. On March 17, Huawei officially announced that Nova 2s Monument Valley Custom Edition will be sold at 10:08 am on March 18 for a price of 3399 Yuan ($537). In terms of appearance, Huawei Nova 2s uses a double-glazed glass material. 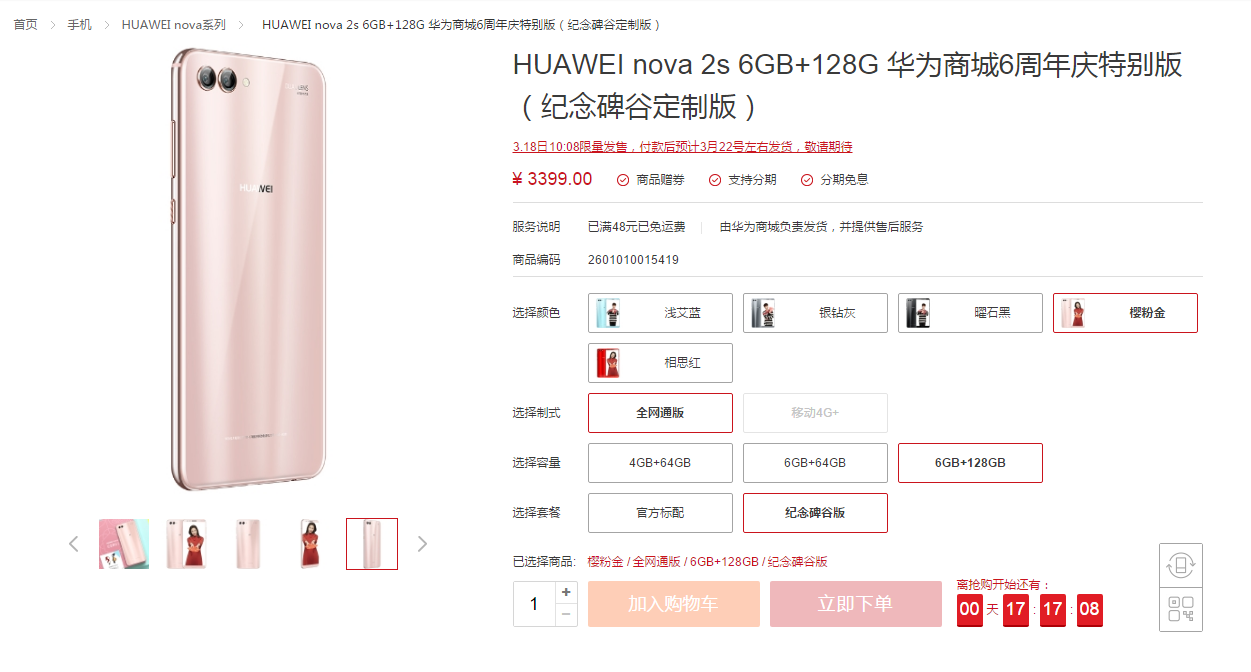 This smartphone is powered by a Kirin 960 SoC coupled with 6GB of RAM and 128GB of internal memory. It is equipped with a 6.0-inch 2160×1080 LTPS IPS LCD capacitive touchscreen with an 18:9 aspect ratio. In the camera department, this smartphone comes with a dual rear camera setup which has a 20MP+16MP configuration with a f/1.8 aperture and a built-in independent ISP image processor. The front also has dual cameras (20MP+2MP) which support SLR-level background blur effect, after-camera focus and real-time beauty.The lights of this smartphone are kept on by a 3340mAh battery. Finally, it is worth mentioning that this is a limited version and the device is expected to ship around March 22.