A couple of days ago, Hammer Technologies held a press conference in Beijing and officially released the Smartisan Nut 3. When the conference was over, Wu Dezhou, vice president of product line & hardware research and development of Hammer Technologies, accepted an interview. He was asked about the Nut 3’s design, pricing, etc. The explanations are quite logical. 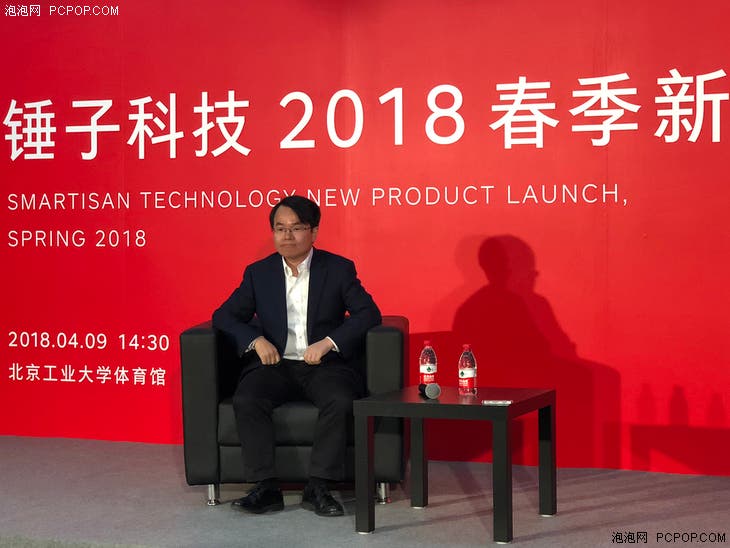 The Smartisan Nut 3 is considered to be the cheaper variant of Xiaomi Mi MIX 2S. It is a thousand-yuan smartphone adopting a tri-bezel-less design and using a post-mounted fingerprint scanner. As you remember, the previous-generation model, the Smartisan Nut Pro 2 was using a fingerprint reader placed on the back under the company’s logo. So Wu Dezhou was asked why they changed this approach. He explained the company had been hesitating about the location of the fingerprint button. And they made a decision in benefit of the one we see. Moreover, they are using the industry’s narrowest front fingerprint button, which costs way higher than the one on the rear. He also added the front-mounted fingerprint scanner is easier to use.

However, there is another reason that is directly related to the production and design difficulties. He said, as the back camera now occupies more space, it’s more convenient to place the fingerprint reader on the front. This also helps to put a larger capacity battery in a thinner body. As you remember, the Smartisan Nut 3 comes with a 7.16mm thickness and a 4000mAh battery. The Nut Pro 2 that uses a rear fingerprint scanner sports a 3500mAh battery and comes with a 7.4mm thickness.

At last, Wu Dezhou was asked about the pricing of the Smartisan Nut 3. The latter comes in two versions priced at 1299 yuan and 1599 yuan. At the same time, the Smartisan Nut Pro 2 was announced at 1799 yuan (there have been other models with price tags varying from 1999 yuan to 3299 yuan). But he didn’t disclose the pricing strategy of the company and said the price doesn’t matter. Say, the most selling model of the company is the 6+64GB variant of the Nut Pro 2 available at 2299 yuan.

Next Huawei Android Go phone coming in May, probably will be the Y5 Lite 2018