ZTE must be facing the worst of its times, with its smartphones business suffering a high-pressure due to the US ban that prohibits the company from buying Qualcomm chipsets and with a possible Android License revocation, it’s simply hard to keep up. However, the company seems to be showing an unexpected confidence, or at least the Chinese manufacturer is positive enough to keep its design work. 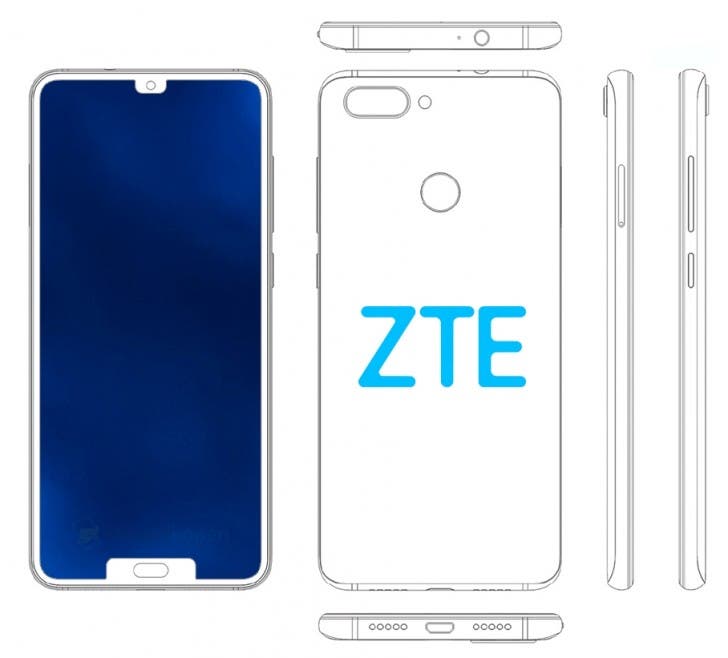 A new patent filing has reached the Chinese SIPO ( China’s State Intellectual Property Office) showing a new dual-notched ZTE smartphone in all its glory. This is the second ZTE smartphone to feature such design, a few weeks ago we saw a similar handset from the company with two notches dubbed as ZTE “Iceberg”. Based on those two patents and sketches, is safe to say that the Chinese manufacturer has opted for following the other brands through the controversial “Notch” line. However, in my particular opinion, those ZTE dual-notched devices look much more consistent and even nice to the eyes than the rest of competition with its asymmetrical approach. 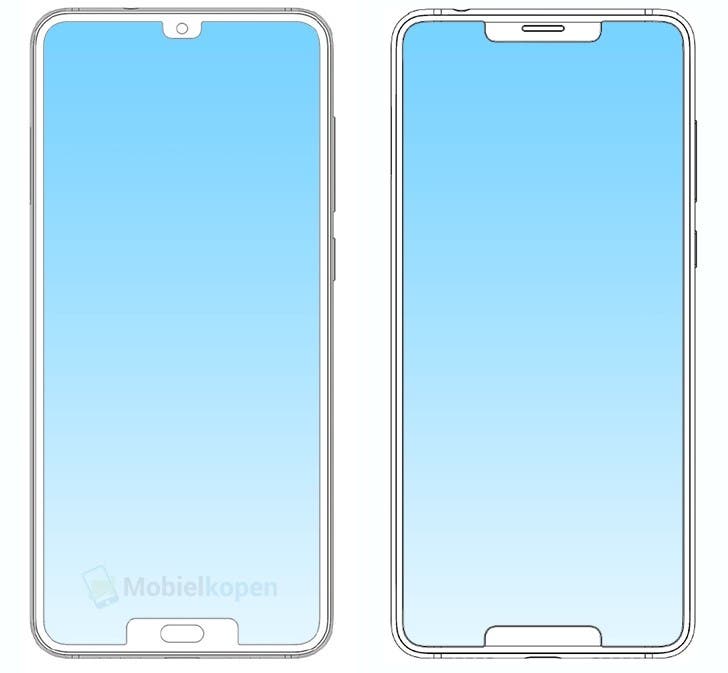 Comparing the two pieces of double-notched ZTE smartphones it’s easy to spot some key differences. Unlike the ZTE Iceberg, with its wide top earpiece and front camera cutout and a seemingly empty bottom one, the second smartphone brings some resemblance with the Andy Rubin’s Essential Phone, featuring a small circle on the top to house the front-facing camera. On the below part, we have a wide bottom notch that features what seems to be a Fingerprint scanner and honestly, it looks weird.

Worth mentioning that design sketches and patents have a long way to cross before reaching a final-product status, so we may be looking to a design that could be easily discarded in the coming days. Considering all the problems that ZTE is facing with the US government it’s hard to imagine that the Chinese manufacturer will bring any of these notched devices before the next year. So, dual-notch believer, don’t hold your breath for it now.